Homestuck is a webcomic written, illustrated and animated by Andrew Hussie, and is the fourth overall webcomic published on MS Paint Adventures. The series centers on a group of teenagers who unwittingly bring about the end of the world through the installation of a beta copy of an upcoming computer game.

The comic consists of a combination of static images, animated GIFs and instant message logs, as well as animations and games made with Adobe Flash. It has been noted for its complex plot[1] and considerable length; over 8,000 pages and 800,000 words.[2] 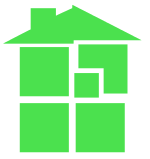 Homestuck begins when thirteen-year-old John Egbert receives a beta copy of an upcoming computer game, called Sburb, in the mail. Installing and running the game on his computer triggers a meteor shower to fall on his house in real life, which he survives only by being transported to a planet in another dimension. As John's friends Rose Lalonde, Dave Strider and Jade Harley join the game with him, they learn that they have unwittingly triggered the destruction of Earth, and that it is their duty to play the game to create a new universe.

As they begin to explore the world of Sburb, John and his friends are harassed by a group of twelve internet trolls who have played a version of the game before. Further contact with the trolls reveals that they are not human at all, but an alien species actually called "trolls". As the trolls gradually become more important to the story, the narrative shifts to a side story arc exploring the nature of troll society and the specific sequence of events that led to this group to enter the troll version of Sburb. The trolls' arc concludes with them winning their game and originally creating the humans' universe.

As the story returns to focus on the humans, the two species start to cooperate to salvage the kids' doomed game session. As the kids’ actions accidentally bring about an unbeatable enemy called Jack Noir, they learn about a game mechanism called the "scratch" with which the humans can reset their session.

By executing the Scratch, the kids create a reset version of their universe, in which their places have been swapped with those of their ancestors. As a result, John's grandmother, Jane Crocker, who had died before the story began, is a fifteen-year-old girl and the protagonist of the new arc. She leads her three friends, Roxy Lalonde, Dirk Strider and Jake English, through their own session of the game, while the original humans and surviving trolls journey to the new session over the course of three years.

Upon uniting in the new session, the kids and trolls enact a plan to finally create a new universe and to defeat Lord English, a purportedly-invincible villain threatening all of reality. Their plan is opposed by the Condesce, the sinister former empress of the trolls now in service to Lord English, as well as the still-dangerous Jack Noir who also escaped from the original doomed session. Matters complicate further as John develops new powers allowing him to retcon previous events within the Homestuck narrative.

The plan fails, and only John, Roxy, and one of the trolls, Terezi, survive. Under Terezi's guidance, John retcons key events in the narrative. In the retconned narrative, the kids and trolls defeat the Condesce and Jack Noir and create the new universe. The comic ends with Lord English facing off against an army of ghosts and with the kids and trolls about to enter the newly created universe.

The basic premise of the comic has been described as inspired by games like The Sims, Spore and EarthBound.[3][4] As in Hussie's prior webcomic Problem Sleuth, the adventure is characterized by time travel, mystery, a complex fictional universe and frequent references to pop culture and previous adventures. Changes from previous stories include an emphasis on contemporary society, such as online gaming and Internet culture, which contrasts with the historical settings of MS Paint Adventures comics Bard Quest and Problem Sleuth.[5] Additionally, this adventure introduced complex Flash animations and Flash and HTML5 games, many making use of music and assets contributed by other artists.[6] This represented a step-up from previous adventures which exclusively used GIF images for animation.[7]

The initial style of the webcomic was developed to be advanced by fan contributions, with the fans deciding what actions the characters would take. However, once the fan base had grown significantly by 2010, Hussie moved away from this style because the fan input method had grown "too unwieldy and made it difficult...to tell a coherent story." While Hussie now controls the main plot of the story and the characters' actions, he still "visits fan blogs and forums" to figure out small things to add into Homestuck.[8]

Although the majority of Homestuck was posted serially, with pages irregularly added over the course of each day, Hussie decided in 2013 to add the final acts in one update. He named the time period he was taking to finish the story a "gigapause". Hussie explained that he wanted to have the ability to tell the remainder of the story in a non-linear fashion by writing and illustrating the storyline and then revising the chronology. Various large pauses have happened since.

On April 13, 2016 – exactly seven years after Homestuck began – Hussie released the final chapter of the webcomic: a nine-minute long animated short titled "[S] ACT 7". Hussie stated that an epilogue to the webcomic may be released at some point in the future.[15][16] and on October 25, 2016, the comic finally updated with a credit sequence and more panels in the form of a Snapchat story. [17]

A significant amount of merchandise has been sold through Hussie's shop, company and record label What Pumpkin, including "T-shirts, hoodies, pins, books" and fan art prints. Fans have also been "recruited" to make music for the webcomic. The music has been bundled into albums, with ten major soundtrack albums having been released thus far, in addition to eighteen side albums.[8][18] On April 13, 2014, the fifth anniversary of Homestuck, Paradox Space, an anthology spin-off webcomic, was launched.[19]

Early in Homestuck, Hussie introduced a webcomic contained within the main story titled Sweet Bro and Hella Jeff. The webcomic, drawn within Homestuck by character Dave Strider, is intentionally poorly made.[20] The comic strips have become independent of Homestuck: a mockup of the website on which Dave Strider hosts the comic is available on the MSPaintAdventures website. TopatoCo produced a print publication collecting the strips. The press release from TopatoCo described Sweet Bro and Hella Jeff as "the worst comic strip ever".[21]

On September 4, 2012, Hussie announced a Kickstarter to raise funds to develop a Homestuck video game with a (then-unannounced) game studio (later revealed to be The Odd Gentlemen).[22][23] Development began in 2013, with the finished product expected in 2014. Kotaku noted that the project had raised "more than $275,000 in hours".[24] More than 80% of the $700,000 goal was pledged in the first day.[25][26] The game reached the full $700,000 of funding in fewer than 32 hours.[27][28] The campaign also reached certain "stretch goal" amounts, whereupon Hussie added Mac and Linux support onto the proposed game.[29] Digital Trends writer Graeme McMillan commented that the campaign was approaching, at the time, the record for most successful comics-related Kickstarter campaign, whose previous record was held by The Order of the Stick campaign with $1,254,120.[30] The Kickstarter eventually raised $2,485,506, making it the "fifth game on Kickstarter to pull in a full seven figures" and the third highest funded video game in Kickstarter history at the time. An additional PayPal-based fundraiser was created to accommodate those who could not donate via Kickstarter's available methods.[22][31][32]

The special contribution items for the campaign included digital and hard copy versions of the game and the game soundtrack, along with "exclusive sticker sheets and T-shirts, plush dolls of in-series plushes like Senator Lemonsnout and Pyralspite Plushie and primo appearances in the final product."[33] 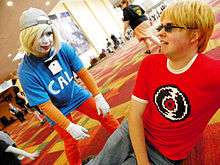 The size of Homestuck's fan community was described by Lauren Rae Orsini, staff writer for The Daily Dot, as in the millions, with around a million unique visitors coming to the site daily.[34] At one point, one of Homestuck's Flash animations caused Newgrounds to crash when it was uploaded, due to the strain the number of views put on the servers.[25] Actor Dante Basco is noted as a fan of the webcomic, having been urged to read it by friends telling him that the character Rufio, which he played as in the 1991 film Hook, is featured in it. This interest in the webcomic led to a friendship with Andrew Hussie and resulted in the creation of a new character, Rufioh, with Basco's "typing quirks and personality".[35]

When a temporary hiatus was announced in early July 2012, fans of the webcomic began creating a multitude of fake screenshots of a fictional anime version of Homestuck, with some including subtitles and logos of various Japanese TV channels.[36]

Lauren Rae Orsini, in an interview with Andrew Hussie, asked Hussie whether, because of the immense size of Homestuck and its fandom, with more than 5,000 pages and 128 characters, Hussie considered himself in control of the comic. Hussie responded that he felt Homestuck was "still under my control", but that the background of Homestuck as a movement "is not under my control, and never really was."[37] Orsini also suggested, in a separate article, that the effort put forward by people who finish Homestuck is an example of effort justification.[38]

Homestuck was compared to James Joyce's Ulysses by PBS's Idea Channel due to the webcomic's length and complexity.[39] Lori Henderson of the School Library Journal described Homestuck as being "mostly black and white with splashes of color and a minimal amount of animation", but that it worked for the webcomic and that because the "characters are a little goofy-looking and are often shown without arms", it only "adds to the charm".[40] Mordicai Knode of Tor Books explained that Homestuck has to be discussed separately between what it is as a webcomic and what its plot actually is. Comparing it to hypertext fiction and the genre's attempted use in physical novels like Pale Fire and House of Leaves, Knode concluded that "Homestuck is the first great work of genuinely hypertext fiction. If that puts it in the same breath as Ulysses, then so be it."[1]

Bryan Lee O'Malley, creator of the graphic novel series Scott Pilgrim, described Homestuck as a "massive undertaking of deftly-handled long-term serialized storytelling. It's well-written and thoughtful. It has things to say".[41]