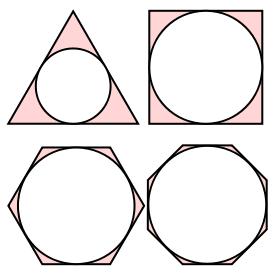 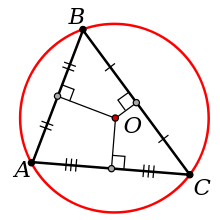 An inscribed triangle of a circle

The inradius or filling radius of a given outer figure is the radius of the inscribed circle or sphere, if it exists.

The definition given above assumes that the objects concerned are embedded in two- or three-dimensional Euclidean space, but can easily be generalized to higher dimensions and other metric spaces.

For an alternative usage of the term "inscribed", see the inscribed square problem, in which a square is considered to be inscribed in another figure (even a non-convex one) if all four of its vertices are on that figure.