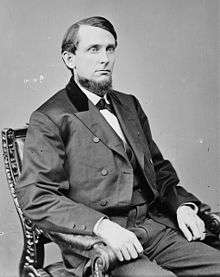 Hyde was born in Guilford, New York in 1838. He served in the army during the Civil War, and was a representative between 1873 and 1875. He ran for reelection but lost. He died in Princeton, Missouri in 1926.

His sons have also been involved in politics. Arthur M. Hyde was a Governor of Missouri. Laurance M. Hyde was a chief justice of the Missouri supreme court.