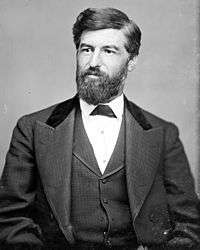 Born near Basil, Ohio, De Bolt attended the common schools. He was employed as a tanner. He studied law. He was admitted to the bar in 1856 and commenced practice in Lancaster, Ohio. He moved to Trenton, Missouri, in 1858 and continued the practice of his profession. He was appointed in 1859 and elected in 1860 commissioner of common schools for Grundy County. He entered the Union Army as captain in the Twenty-third Regiment, Missouri Volunteers, in 1861. Captured at the Battle of Shiloh, April 6, 1862, and held as prisoner until the following October. He resigned his commission in 1863 because of impaired health.

De Bolt was elected judge of the circuit court for the eleventh judicial circuit of Missouri in November 1863, which position he held by reelection until January 1, 1875. In 1864 again entered the United States service as major in the Forty-fourth Regiment, Missouri Volunteer Infantry. Mustered out in August 1865.