Irbid (Arabic: إربد‎‎), known in ancient times as Arabella or Arbela, is the capital and largest city of the Irbid Governorate. It also has the second largest metropolitan population in Jordan after Amman, with a population of around 1,088,100, and is located about 70 km north of Amman on the northern ridge of the Gilead, equidistant from Pella, Beit Ras (Capitolias), and Um Qais. It's 20 km south of the Syrian border.

The city is a major ground transportation hub between Amman, Syria to the north, and Mafraq to the east.

The Irbid region is also home to several colleges and universities. The two most prominent universities are Jordan University of Science and Technology and Yarmouk University.

Artifacts and graves in the area show that Irbid has been inhabited since the Bronze Age. Pieces of pottery and wall stones found at Tell Irbid were estimated to be made in the year 3200 B.C.[2] In the Hellenistic period, Irbid, then known as Arabella was a major trade center. Before the advent of Islam, Arabella was famous for producing some of the best wines in the ancient world. The area in the region had extremely fertile soil and moderate climate, allowing the growing of high quality grapes.

After the Muslim conquests, it came under the rule of the Muslim Empire, the city became known as Irbid, and shifted from wine to olive oil production. Wheat was also an important product in the area.

Irbid today combines the bustle of a provincial Middle Eastern town and the youthful nightlife of a typical college town. The city is home to four major universities: Yarmouk University, Jordan University of Science and Technology, Irbid National University and Jarada University. In addition, it is home for two campuses of Balqa Applied University and several private colleges. University Street, which defines the western border of the Yarmouk University campus, is popular with locals as well as with the occasional foreign visitors who stop by to relax in any of its numerous restaurants and cafés that open late into the night.

Though not usually a major tourist destination itself, Irbid is home to two notable museums: the Museum of Jordanian Heritage and the Jordan Natural History Museum, both on the campus of Yarmouk University. Furthermore, Irbid's strategic location in northern Jordan makes it a convenient starting point for tourists interested in seeing the northern Jordan Valley; visiting Umm Qais, Beit Ras (Capitolias), Pella, Ajloun, Umm el-Jimal, and other historical sites; or traveling on to Syria.

Situated in northern Jordan, in a fertile plateau. As of 2010, the city limits of Irbid had an area of 30 km2 of which most of it is classified as Residential areas making up 74.3% of the total area, followed by the Services areas occupying 9.5%, then Empty or unoccupied areas of 7.7%, then 4.2% is classified as Commercial areas, and 3.3% as Industrial areas, and finally Green areas (gardens) occupied 1% of the total city area.

Irbid has a hot-summer Mediterranean climate (Köppen: Csa), common in the Levant region. Summers are hot at days with warm nights while winters are cool and wet.

Irbid is divided into 23 city districts forming smaller cities within the metropolitan sphere of influence of Irbid: 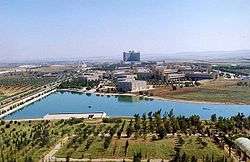 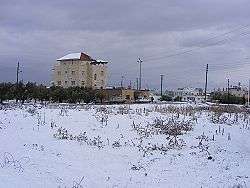 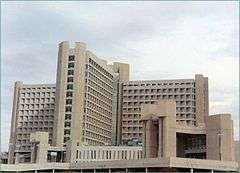 The Safeway shopping center in Irbid

Cities, Towns, and Villages Many villages surround the city of Irbid including:

As of 2007, there were 70,000 registered students in Irbid's 10 universities, community colleges and institutes, of whom 8,000 were international students from 47 countries.[4] This high concentration of institutions of higher education has played a key role in carving a unique identity of the city. The largest universities in Irbid are: 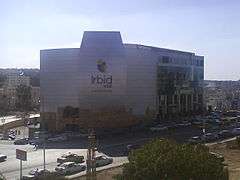 Most of the city's economy is based on the services sector, that is directly or indirectly related to the higher education institutions in the city, as an example there are 26 book publishing companies in the city. The number of internet cafes per capita is the highest in the world that took Irbid to the Guinness Book of World Records. Irbid is considered the cultural capital of Jordan.[10] There is one Qualifying Industrial Zone in Irbid.

The Irbid-based club Al-Hussein (Irbid) was ranked fourth in the Jordanian football premier league in 2008. Its home matches are held in Prince Hasan Youth City's Stadium. The other major football club in Irbid is Al-Arabi. Established in 1945, it is one of the oldest athletic clubs in the country. As of 2008, there are 22 cultural and sport clubs registered in Irbid. Irbid hosted the 1999 Pan Arab Games.