John Gilbert (born John Cecil Pringle; July 10, 1899 – January 9, 1936) was an American actor, screenwriter and director. He rose to fame during the silent film era and became a popular leading man known as "The Great Lover".[1] At the height of his career, Gilbert rivaled Rudolph Valentino, another silent film era leading man, as a box office draw.

Gilbert's popularity began to wane when silent pictures gave way to talkies. Though Gilbert was often cited as one of the high-profile examples of an actor who was unsuccessful in making the transition to talkies, his decline as a star had far more to do with studio politics and money than with the sound of his screen voice, which was rich and distinctive.[2]

Born John Cecil Pringle in Logan, Utah, to stock company actor parents, John Pringle (1865-1929) and Ida Apperly Gilbert (1877-1913), he struggled through a childhood of abuse and neglect. His family moved frequently and Gilbert attended several schools throughout the United States. After his family settled in California, he attended Hitchcock Military Academy in San Rafael, California.[3]

Gilbert first found work as an extra with the Thomas Ince Studios, and soon became a favorite of Maurice Tourneur, who also hired him to write and direct several pictures. He quickly rose through the ranks, building his reputation as an actor in such films as Heart o' the Hills (1919), with Mary Pickford.[4]

In 1921, Gilbert signed a three-year contract with Fox Film Corporation, where he was cast as a romantic leading man. His films for Fox include Monte Cristo, an adaptation of The Count of Monte Cristo; St. Elmo, an adaptation of a popular book of the period; The Wolf Man, not a horror film, but the story of a man who believes he murdered his fiancee's brother while drunk, and many others. These films made him a star, though not at the level he would presently achieve.

In 1924, Gilbert moved to Metro-Goldwyn-Mayer, where he became a full-fledged star with such high-profile films as His Hour directed by King Vidor and written by Elinor Glyn; He Who Gets Slapped (both 1924), co-starring Lon Chaney, and Norma Shearer, and directed by Victor Sjöström; and The Merry Widow (1925) directed by Erich von Stroheim and co-starring Mae Murray. In 1925 Gilbert was once again directed by Vidor in the war epic The Big Parade, which became the second-highest grossing silent film. His performance in this film made him a major star. The following year, Vidor reunited Gilbert with two of his co-stars from that picture, Renée Adorée and Karl Dane, for the film La Bohème which also starred Lillian Gish. 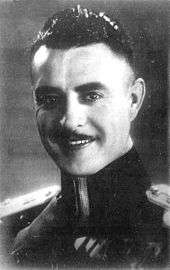 In 1926, Gilbert made Flesh and the Devil, his first film with Greta Garbo. They soon began a highly publicized relationship, much to the delight of their fans. Gilbert wanted to marry her, but Garbo continually balked. Legend has it that a wedding was finally planned but Garbo failed to appear at the ceremony. Recent Garbo biographers, however, have questioned the veracity of this story. Despite their rocky off-screen relationship, they continued to generate box-office revenue for the studio, and MGM paired them in two more silents Love (1927), which was a modern adaptation of Anna Karenina, and A Woman of Affairs (1928). The former film was slyly advertised by MGM as "Garbo and Gilbert in Love."

Throughout his time at MGM, Gilbert frequently clashed with studio head Louis B. Mayer over creative, social and financial matters. It was said, for example, that at the alleged double-wedding of Garbo and Gilbert and director King Vidor and actress Eleanor Boardman, Mayer made a crude remark about Garbo that led Gilbert to physically attack the mogul. This story has been disputed by some historians. Although one eyewitness—the bride, Eleanor Boardman—claimed to have seen the assault, others deny that it occurred.

In any case, Mayer apparently detested Gilbert and was disgruntled that the actor had signed a contract for six pictures at $250,000 each. It was suggested that Mayer deliberately gave Gilbert bad scripts and ineffective directors in an effort to void the contract.

With the coming of sound, Gilbert's vocal talents made a good first impression in the all-star musical comedy The Hollywood Revue of 1929, appearing in a Technicolor sequence with Norma Shearer. They played the "balcony scene" from Shakespeare's Romeo and Juliet, first as written, and then using current slang. Most reviewers did not note any problems with Gilbert's voice at this time and some praised it. 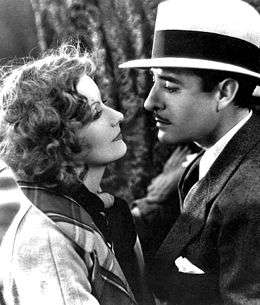 Gilbert with Greta Garbo in A Woman of Affairs (1929)

Audiences awaited Gilbert's first romantic role on the talking screen. The vehicle was the Ruritanian romance His Glorious Night (also 1929). According to reviewers, audiences laughed nervously at Gilbert's performance. The fault was not Gilbert's voice, it was said, but the awkward scenario along with overly ardent love scenes. In one, Gilbert keeps kissing his leading lady, (Catherine Dale Owen), while saying "I love you" over and over again. The scene was parodied in the MGM musical Singin' in the Rain (1952) in which a preview of the fictional The Dueling Cavalier flops disastrously. Director King Vidor stated that Rudolph Valentino, Gilbert's main rival in the 1920s for romantic leads, probably would have suffered the same fate in the talkie era, had he lived. It was rumored that L.B. Mayer ordered Gilbert's voice to be gelded to a higher pitch to ruin him.

Gilbert became increasingly depressed by progressively inferior films and idle stretches between productions, but he resolved to thwart Louis B. Mayer and see the six-picture contract through. Gilbert's fortunes were temporarily restored when MGM's production chief Irving Thalberg gave him two projects that were character studies, giving Gilbert an excellent showcase for his versatility. The Phantom of Paris (1931), originally intended for Lon Chaney (who died from cancer in 1930), cast Gilbert as a debonair magician and showman who is falsely accused of murder and uses his mastery of disguise to unmask the real killer. Downstairs (1932) was based on Gilbert's original story, with the actor playing against type as a scheming, blackmailing chauffeur. The films were well received by critics and fans but failed to revive his career. Shortly after making Downstairs, he married co-star Virginia Bruce; the couple divorced in 1934. Gilbert fulfilled his contract with an unimportant "B" picture and left the studio in 1933.

Greta Garbo insisted that Gilbert return to MGM to play her leading man in Queen Christina (1933), directed by Rouben Mamoulian. Garbo was top-billed, with Gilbert's name beneath the title. Again, the picture failed to revive his career. Columbia Pictures gave him what would be his final chance for a comeback in The Captain Hates the Sea (1934) in which he gave a capable performance as a frustrated playwright. But the off-screen cast of heavy drinkers encouraged his alcoholism and the film was his last.

Gilbert was married four times. His first marriage was to Olivia Burwell, a native of Mississippi whom Gilbert had met after her family moved to California, on August 26, 1918. They separated the following year and Olivia Burwell Gilbert returned to Mississippi for a while. She filed for divorce in Los Angeles in 1921.[5]

In February 1921, Gilbert announced his engagement to actress Leatrice Joy. They married in Tijuana in November 1921.[6] As Gilbert had failed to secure a divorce from his first wife and the legality of Gilbert and Joy's Mexican marriage was questionable, the couple separated and had the marriage annulled to avoid a scandal.[7] They remarried on March 3, 1922. The marriage was tumultuous and, in June 1923, Joy filed for legal separation after she claimed that Gilbert slapped her face after a night of heavy drinking. They reconciled several months later. In August 1924, Joy, who was pregnant with the couple's first child, filed for divorce.[8] Joy later said she left Gilbert after discovering he was having an affair with actress Laurette Taylor.[9] Joy also claimed that Gilbert had conducted affairs with Barbara La Marr (with whom he had a romance before his marriage to Joy), Lila Lee and Bebe Daniels.[10] Their daughter, Leatrice Gilbert, was born on September 4, 1924.[11] Joy was granted a divorce in May 1925.[12]

In 1929, Gilbert eloped with actress Ina Claire to Las Vegas.[13] They separated in February 1931 and divorced six months later.[14][15] Gilbert's fourth and final marriage was to actress Virginia Bruce in August 1932.[16] They had a daughter, Susan Ann, the following year before divorcing in May 1934.[17]

Before his death, Gilbert dated actress Marlene Dietrich.[18] When he died, he had recently been slated to play a prominent role in support of Dietrich in the film Desire.[19]

By 1934, alcoholism had severely damaged Gilbert's health. He suffered a serious heart attack in December 1935 which left him in poor health.[20] Gilbert suffered a second heart attack at his Bel Air home on January 9, 1936, which was fatal.[21] A private funeral was held on January 11 at the B.E. Mortuary in Beverly Hills. Among the mourners were Gilbert's two ex-wives, Leatrice Joy and Virginia Bruce, his two daughters, and stars Marlene Dietrich, Gary Cooper, Myrna Loy, and Raquel Torres.[22] Gilbert was cremated and his ashes were interred at Forest Lawn Memorial Park, Glendale in Glendale, California.[23][24]

Gilbert left the bulk of his estate, valued at $363,494 (equivalent to $6.21 million in 2015), to his last ex-wife Virginia Bruce and their daughter, Susan Ann. He left $10,000 to his eldest daughter Leatrice, and other amounts to friends, relatives and his servants.[25]

For his contribution to the motion picture industry, John Gilbert has a star on the Hollywood Walk of Fame at 1755 Vine Street and in 1994, he was honored with his image on a United States postage stamp designed by caricaturist Al Hirschfeld.

Gilbert has been portrayed in several films. In 1980, Barry Bostwick appeared as the actor in the television film The Silent Lovers. Gilbert has also been portrayed by his grandson, John Fountain, (in 1988's Sunset), Christopher Renstrom (in 1989's La Divina), and Adnan Taletovich (in 2012's Return to Babylon).