For other people with the same name, see Joseph Taylor (disambiguation). 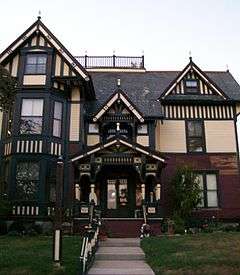 Taylor taught in Fairview High School from 1854 to 1856, and became principal in 1857. He sought a new revenue for his talents and was accepted at Cincinnati Law School, now known as the University of Cincinnati College of Law, where he obtained his Juris Doctorate in 1860. He was admitted to the bar in 1859.

Taylor was impressed by his time in Guernsey County that he bought property in Cambridge and lived in a simple wood-frame home on Wheeling Avenue. He would later construct his elegant Queen Anne Style home in 1878 on Upland Drive and constructed the Berwick Hotel on the site of the house on Wheeling Avenue. In 1860 he opened his law practice and in 1861 started the Guernsey Times Newspaper. He would remain owner until 1871. Taylor rose in prominence as he made a name for himself in the courts as well as his newspaper articles. Leading up to the Civil War, Taylor ran articles denouncing slavery and called for negotiation to eliminate the practice.

Joining the Union Army during the Civil War he entered as a captain in the 88th Ohio Infantry. Taylor became a judge advocate from 1863 until 1865, when hostilities between the states ended. Taylor also served as a prosecuting attorney for Guernsey County from 1863 to 1866.

Taylor was elected as a Republican to the Forty-seventh Congress to fill the vacancy caused by the death of Jonathan T. Updegraff. During his reelection he was voted into the Forty-eighth Congress and served until 1885, when he lost another reelection bid. This setback did not stop him as he campaigned and won his bid to the Fiftieth, Fifty-first, and Fifty-second Congresses and served from March 4, 1887 until March 3, 1893.

Taylor retired from politics but remained an influential force in the development and growth of Guernsey County and Cambridge in particular. He died in Cambridge, Ohio, September 19, 1899 and was interred in the South Cemetery.