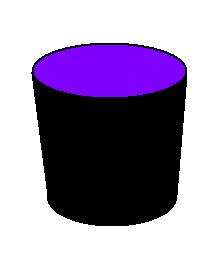 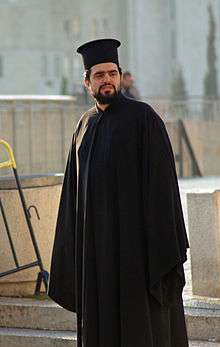 A Kalimavkion (Greek: καλυμμαύχιον), kalymmavchi (καλυμαύχι), or, by metathesis of the word's internal syllables, kamilavka (Russian: камилавка), is an item of clerical clothing worn by Orthodox Christian and Eastern Catholic monks (in which case it is black) or awarded to clergy (in which case it may be red or purple).

The kalimavkion is a stiff cylindrical head covering, similar to a stovepipe hat but without a brim. The kalimavkion is worn during services; at other times, the softer skufia is worn in its place. The specific shape and colouring will differ between the various ethnic traditions: