Lamporecchio (Italian pronunciation: [lampoˈrekkjo]) is a comune (municipality) in the Province of Pistoia in the Italian region Tuscany, located about 30 kilometres (19 mi) west of Florence and about 13 kilometres (8 mi) south of Pistoia, 15 kilometres (9 mi) east of Montecatini Terme, and 4 kilometres (2.5 mi) west of Vinci. As of 31 December 2004, it had a population of 7,078 and an area of 22.2 square kilometres (8.6 sq mi).

Lamporecchio is the birthplace of Francesco Berni, a poet. From here started its ascent one of the most important noble families of Tuscany, the Rospigliosi, which later moved to Pistoia and Rome, reaching the papacy with Clement IX. The town is known for the invention of brigidini, which are thin anise flavored wafers.

It was for many years known statistically to be the city with the most Communist/Far Left supporters in Italy, losing out last year to Castelfiorentino.

Lamporecchio borders the following municipalities: Cerreto Guidi, Larciano, Quarrata, Serravalle Pistoiese, Vinci. A frazione of Lamporecchio, called San Baronto, is popular among cyclists in Tuscany and was chosen to be a part of 2013 UCI Road World Championships road race. 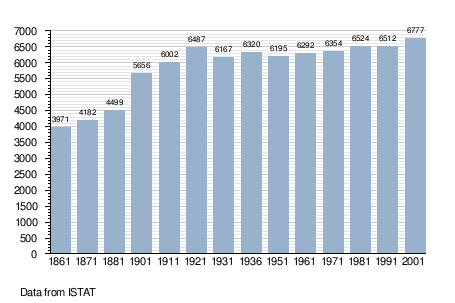