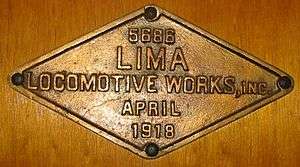 Lima Locomotive Works was an American firm that manufactured railroad locomotives from the 1870s through the 1950s. The company took the most distinctive part of its name from its main shops location in Lima, Ohio. The shops were located between the Baltimore & Ohio's Cincinnati-Toledo main line and the Nickel Plate Road main line and shops. 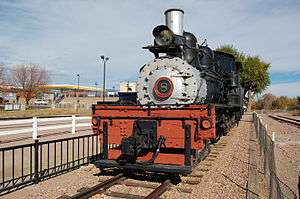 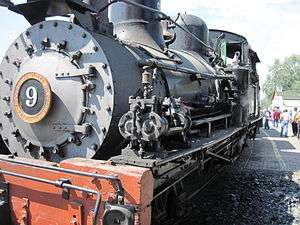 1923 Shay locomotive, West Side Lumber Co. #9, in service on the Midwest Central Railroad. 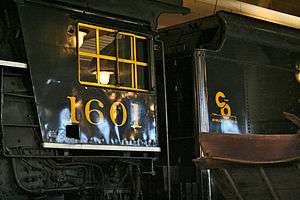 Surviving example of a Lima-Hamilton LS-1200 diesel-electric locomotive at the Illinois Railway Museum in Union, Illinois.

In 1878 James Alley contracted the Lima Machine Works to build a steam locomotive that Ephraim Shay had designed. In April 1880, Lima rebuilt Ephraim Shay's original design, using vertically side-mounted pistons mounted on the right, connected to a drive line on the outside of the trucks. The Shay was geared down to provide more slow-moving, pulling ability for use in the lumber industry. The first Shay locomotive was built in 1880; it was such a success that many people in the lumber industry wanted one. To accommodate the new demand for the locomotive, Shay licensed the right to build his locomotive to the Lima Machine Works, which expanded and began to ship Shay locomotives to lumbermen across the frontier. Two years later, locomotives were the main product being produced by the Lima Machine Works, which would produce over 300 locomotives during the next ten years.

After a serious fire, a new shop was opened in 1902 and Shay production continued. Then, with initial demand for low-speed geared locomotives well on the way to being sated, and the new facilities in place, Lima moved into the heavy railroad locomotive field.

Success returned to Lima in the 1920s with the new concept of "Super Power" developed by Lima's mechanical engineer William E. Woodard. By making a number of significant changes to maximize a steam locomotive's capacity to generate and utilize steam, Woodard was able to make such locomotives significantly more powerful and faster. He did this by starting in 1922 with the H-10 experimental heavy 2-8-2 design for the New York Central (Michigan Central 8000) and applying both relatively new science (the Cole ratios), and every efficiency-enhancing tool available – a larger firebox, increased superheat, a feedwater heater, improved draughting, higher boiler pressure, streamlined steam passages and a trailing-truck booster engine, and by applying limited cutoff (the range of steam valve admission settings) to prevent locomotive engineers from using excessive steam at starting. The 2-8-2 thus produced was demonstrated to be 26% more efficient overall than its immediate predecessor, and the NYC bought 301 copies.

A large increase in firebox area (from 66 square feet (6.1 m2) on the H-10 to 100 square feet (9.3 m2) on the A-1), characteristic of his work, necessitated adding another axle to the trailing truck, thus creating the 2-8-4 wheel arrangement. Built in the spring of 1925, the first Berkshire (a demonstrator owned by Lima) was dubbed the A-1. In addition to supporting the very large firebox and grate, the four-wheeled trailing truck carried the ash pan. For this purpose, the truck was redesigned as an articulated extension of the locomotive frame. The result was an ash pan which could hold more ash, allowing the locomotive to travel farther between cleanings. (For roads which burned coal, this was a significant innovation. But it was not without tradeoffs. The articulated frame reduced weight on the driving wheels, which did not aid tractive effort (pulling ability). The locomotives so configured also had more difficulty staying on the rails in reverse, particularly through yard trackwork like switch frogs.)

The locomotive quickly proved to be a whopping 26-30% more efficient than the New York Central H-10. After a highly successful series of tests in the mid-1920s it was sent around the country to make the idea of "Super Power" known. The first forty-five were purchased by New York Central's subsidiary Boston & Albany following initial road testing across the summit of the Berkshire Hills, and so the 2-8-4 wheel arrangement came to be known as the "Berkshire" on most railroads. The prototype itself was later sold to the Illinois Central as part of an order for 50 similar locomotives. Woodard summed up "Super Power" by defining it as "horsepower at speed". Previous design principles emphasized tractive effort (pulling ability) rather than speed. By 1949 some 613 Berkshires had been constructed for North American service, of which twenty are preserved - at least two in operating condition (NKP 765 and PM 1225), both Lima products.

There were at least three successive waves of "Super Power". The first began with NYC 8000 and the A-1, and included Missouri Pacific 2-8-4s and Texas & Pacific 2-10-4s. These locomotives had conventional 63" driving wheels. In 1927, the Erie Railroad took delivery of a "second-phase" Berkshire with 70" driving wheels, capable not only of great power but higher speed; in turn, this design evolved into the Chesapeake & Ohio T-1 2-10-4s of 1930, with 69" driving wheels. The "third-phase" of the later 1930s and war years can be identified with locomotives such as the homebuilt N&W 2-6-6-4s, C&O/Virginian 2-6-6-6 and virtually all American 4-8-4s. Boiler pressures rose as high as 310 lbs/sq.in.; thermic syphons added to the firebox and combustion chamber added 8% to the efficiency of the boiler; roller bearings appeared on main axle boxes and sometimes on running gear. And the "Super Power" concept had extended to other builders such as Alco (the Union Pacific Big Boy) and Baldwin (the Santa Fe 5001- and 5011-class 2-10-4s). The four-wheel trailing truck became the standard for large locomotives (i.e. 4-8-4, 2-10-4, 4-6-6-4, 2-8-8-4), though the articulated main frame did not. Many railroads, particularly roads like the Santa Fe (which favored oil burning locomotives and, therefore, did not need the oversized ash pan), adopted many of the Super Power features but utilized a conventional full frame and separate trailing truck. 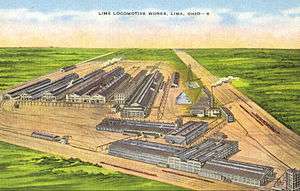 In 1947, the firm merged with General Machinery Corporation of Hamilton, Ohio, to form Lima-Hamilton.

Lima's last steam locomotive was Nickel Plate Road No. 779, a 2-8-4 "Berkshire", which left the erecting halls in 1949. That same year Lima promoted a new wheel arrangement, the 4-8-6. This would have allowed an even larger firebox than the 4-8-4. No example of the type was built, however.

In 1951, Lima-Hamilton merged with Baldwin Locomotive Works to form Baldwin-Lima-Hamilton (BLH). The Lima-Hamilton line of Diesels was discontinued, in favor of Baldwin's existing line. Though Lima and Baldwin had been known for high-quality steam locomotives, their line of diesel-electric locomotives was unable to compete with EMD, Alco, and GE. BLH left the locomotive business in 1956.

For a time, Clark Equipment Company manufactured Lima-brand construction cranes in the old plant. Most of the company's records and builder's drawings have been transferred and are housed in the California State Railroad Museum's library in Sacramento, California.