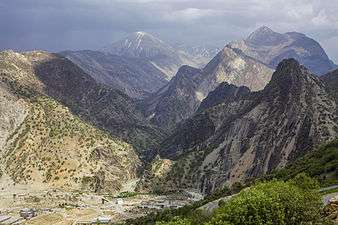 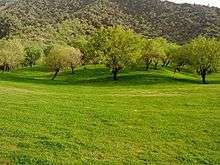 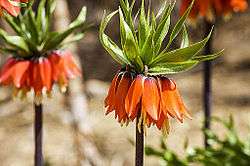 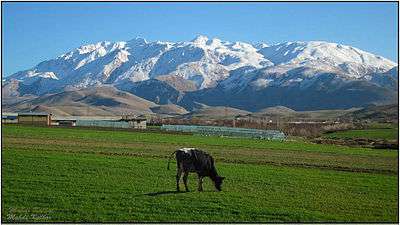 A general view of the Oshtorankuh

The name Lorestan means "land of the Lurs". In the wider sense it consists of that part of western Iran coinciding with the province of Ilam and extending for about 650 km on a northwest to southeast axis from Kermanshah to Fars, with a breadth of 150–180 km. The terrain consists chiefly of mountains, with numerous ranges, part of the Zagros chain, running northwest to southeast. The central range has many summits that almost reach the line of perpetual snow, rising to 4000 m and more. It feeds the headwaters of Iran's most important rivers, such as the Zayandeh rud, Jarahi, Karun, Diz, Abi, Karkheh. Between the higher ranges lie many fertile plains and low hilly, well-watered districts.

The highest point of the province is the Oshtorankuh peak at 4,050 m. The low-lying areas being in the southern most sector of the province are approximately 500 m above sea level. Oak forest covers the outer slopes, together with elm, maple, walnut, and almond trees.[4]

Western Luristan comprises a series of parallel fertile valleys running high in the Zagros mountains. The Pusht-i Kuh region is in the western foothills of the Kabir Kuh range. The Pish-i Kuh region lies to the east of Kabir Kuh. This area had human settlements during the Bronze Age as early as the mid–3rd millennium B.C.

Climatically, the province can be divided into three parts: the mountainous regions, such as Boroujerd, Doroud, Azna, Nourabad and Alishtar experience cold winters and moderate summers. In the central region, the spring season begins from mid-February and lasts till mid May. The township of Khorramabad is in this realm. However, southern areas such as Pol-e-Dokhtar and Papi are under the influence of the warm air currents of Khuzestan, have hot summers and relatively moderate winters.[5]

The climate is generally sub-humid continental with winter precipitation, a lot of which falls as snow (Köppen Csa). Because it lies on the westernmost slopes of the Zagros Mountains, annual precipitation in Lorestan is among the highest anywhere in Iran south of the Alborz Mountains. At Khorramabad, the average annual precipitation totals 530 millimetres (21 inches) of rainfall equivalent, while up to 1270 millimetres (50 inches) may fall on the highest mountains. The months June to September are usually absolutely dry, but Khorramabad can expect 4 inches of rainfall equivalent in December and January. 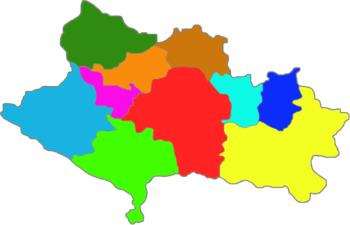 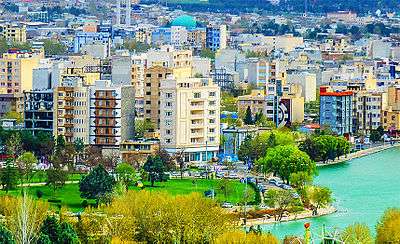 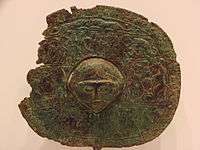 The ancient history of Lorestan is closely intertwined with the rest of the Ancient Near East. In the 3rd and 4th millennium BC, migrant tribes settled down in the mountainous area of the Zagros Mountains. The Kassites, an ancient people who spoke neither an Indo-European nor a Semitic language, originated in Lorestān. They would control Babylonia after the fall of the Old Babylonian Empire ca. 1531 BC and until ca. 1155 BC.

Luristan was invaded and settled by the Iranian Medes in the 2nd millennium BC. The Medes absorbed the indigenous inhabitants of the region, primarily the Kassites as well as the Gutians, by the time the area was conquered by the Persians in the 1st millennium BC.

Small Luristan bronze artworks (always so spelled in English), usually dated about 1000 to 650 BC, reached the outside world from the late 1920s and are found in museums all over the world, where they are valued for their vigorous style, with many representations of animals.

But actually, the beginning of this bronze-making tradition goes back to the mid–3rd millennium B.C, and it probably developed in Luristan, itself.

Archaeologists characterized these techniques by the metallurgical analysis of different artifacts,

We have characterized these practices by the compositional and metallurgical analysis of grave goods from several cemeteries in the region including six dating to different phases of the Bronze Age (Early Dynastic I to Ur ED III, circa 2900–2000 B.C.)—Kalleh Nisar, Bani Surmah, Chigha Sabz, Kamtarlan, Sardant, and Gulal-i Galbi—and four dating to different phases of the Iron Age (circa 1300 B.C.–600 B.C.)—Bard-i Bal, Kutul-i Gulgul, Sar Kabud, and War Kabud.[8]

Technically, the term 'Luristan bronze' usually refers only to the later bronze objects, although they have many similarities. The earlier bronze objects were made during the Elam period.

Lorestan was successfully integrated into the Achamenid, Parthian and Sassanian empires. Parts of the region managed to stay independent during the Arab, Seljuk and Mongol invasions.

According to the Encyclopaedia of Islam, the Lurs, previously open adherents of the Ahl-e-Haqq faith, revere bread and fire like the Zoroastrians. "Being split up into numerous tribes and sections, they migrate to their summer pastures as separate bands without overall command. In 1936, Reza Shah's army conquered them, with much bloodshed and starvation, forcing many of the survivors to settle in villages under landlords."[9]

In the early 1930s, when British explorer Freya Stark visited Luristan, she reported that few Europeans had visited the area before her, partly due to its remoteness, but also because of the dangers one could expect to encounter among lawless tribespeople.[10]

Lorestan is located on Tehran-Bandar Emam Khomeyni hiaghway, one of the most important roads in terms of good transportation. The road connects Arak in Markazi Province to Andimeshk in northern Khuzestan via Borujerd, Khorramabad and Pol Dokhtar. This highway consists of roads 56 and Road 37 (Iran) with junction at Borujerd. Freeway 5 is the 2nd road for rapid transport between Tehran and Khuzestan with connections in Borujerd and Khorramabad in Lorestan.

Khorramabad Airport is the only active airport in Lorestan with daily flights to Tehran. The second airport is planned to be built in north of Borujerd.

Due to its mountainous conditions, Lorestan has one of the important railways in Iran. The Lorestan rail route is 215 km long, with 15 stations having been established. Lorestan has 133 railway tunnels. The railway follows the rivers Dez and Sezar. 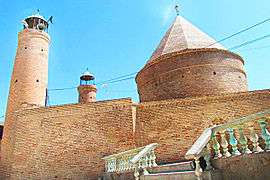 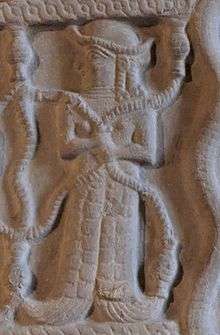 Luristan bronze with Master of Animals, 9th-8th centuries BC.

built during the Ilkhanid period, in Borujerd.

The Lurs constitute part of the southwestern branch of the Iranian peoples, who are spread across the Iranian plateau and beyond, stretching from the Hindu Kush to central Anatolia and from the Caucasus and Central Asia to the Persian Gulf — a region that is sometimes termed Greater Iran.[11] Their language (called Luri or Lurish language) is closely related to Persian, and there are two distinct dialects. "Lur-e-Bozourg" (Greater Lur) is spoken by the Bakhtiaris, and "Lur-e-Kuchik" (Lesser Lur), spoken by the Lurs themselves. People in Borujerd speak in Borujerdi Dialect, a local Lori Persian dialect extracted from Luri. Northwest of Lorestan Province is dominated by Laki speakers. Professor Richard N. Frye wrote that "the Lurs and their dialects are closely related to the Persians of Fars province, and naturally belong to the southwestern branch of the Iranian peoples..."[12]

The overwhelming majority of Lurs are Shia Muslims. In Khuzestan, Lur tribes are primarily concentrated in the northern part of the province, while in Ilam they are mainly in the southern region.

Before the 20th century the majority of Lurs were nomadic herders, with an urban minority residing in the city of Khorramabad. There were several attempts by the Pahlavi governments to forcibly settle the nomadic segment of the Lur population. Under Reza Shah, these campaigns tended to be unsuccessful. The last Shah of Iran, Mohammad Reza Pahlavi, used less forceful methods along with economic incentives, which met with greater, though not complete, success. By the mid-1980s the vast majority of Lurs had been settled in towns and villages throughout the province or had migrated to the major urban centres.

A number of nomadic Lur tribes continue to exist in the province. Among the settled urban populace the authority of tribal elders still remains a strong influence, though not as dominant as it is among the nomads. As in Bakhtiari Lurs and Kurdish societies, northern Lur women have had much greater freedoms than women in other Iranian groups.

Golden masks. Excavated in Kalmakareh, Lorestan. First half of first millennium BC. National Museum of Iran.

In the northern part of Lorestan, formerly known as Lesser Lorestan ("Lur-e-Kuchak"), live the Faylis, divided into the Pishkuh Lurs in the east and Pushtkuh Lurs in the adjoining Iraqi territory in the west.

Lesser Lorestan maintained its independence under a succession of princes of the Khorshidi dynasty, known as Atabegs, from A.D. 1155 to the beginning of the 17th century. Shah Abbas I then removed the last Atabeg, Shah Verdi Khan, and entrusted the government of the province to Hossein Khan Shamlu, the chief of the rival tribe of Shamlu, with the title of Vali in exchange for that of Atabeg. The descendants of Hossein Khan retained the title as governors of the Pushtkuh Lurs, to whom only the denomination of Feili now applies.

The southern part of the province, formerly known as Greater Lorestan ("Lur-e-Bozorg"), comprises the Bakhtiari region of the province of Khuzestan and the districts of the Mamasenni and Kuhgilu Lurs, which are in Fars province. At one time, Greater Lorestan formed an independent state under the Fazlevieh Atabegs from A.D. 1160 until 1424. Its capital, Idaj, survives as mounds and ruins at Malamir, sixty miles southeast of the city of Shushtar in Khuzestan.