Muhammad Marmaduke Pickthall (born Marmaduke William Pickthall, 7 April 1875 – 19 May 1936) was a Western Islamic scholar noted for his English translation of the Qur'an (1930). A convert from Christianity, Pickthall was a novelist, esteemed by D. H. Lawrence, H. G. Wells, and E. M. Forster, as well as a journalist, headmaster, and political and religious leader. He declared his conversion to Islam in dramatic fashion after delivering a talk on 'Islam and Progress' on 29 November 1917, to the Muslim Literary Society in Notting Hill, West London.

Marmaduke William Pickthall was born in Cambridge Terrace, London on 7 April 1875, the eldest of the two sons of the Reverend Charles Grayson Pickthall (1822–1881) and his second wife, Mary Hale, née O'Brien (1836–1904).[1] Charles was an Anglican clergyman, the rector of Chillesford, a village near Woodbridge, Suffolk.[1][2] The Pickthalls traced their ancestry to a knight of William the Conqueror, Sir Roger de Poictu, from whom their surname derives.[2] Mary, of the Irish Inchiquin clan, was the widow of William Hale and the daughter of Admiral Donat Henchy O'Brien, who served in the Napoleonic Wars.[2][3] Pickthall spent the first few years of his life in the countryside, living with several older half-siblings and a younger brother in his father's rectory in rural Suffolk.[4] He was a sickly child. When about six months old, he fell very ill of measles complicated by bronchitis.[3] On the death of his father in 1881 the family moved to London. He attended Harrow School but left after six terms.[5] As a schoolboy at Harrow Pickthall was a classmate and friend of Winston Churchill.[6] 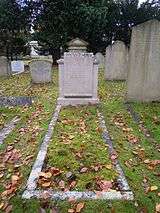 Pickthall travelled across many Eastern countries, gaining a reputation as a Middle-Eastern scholar. Before declaring his faith as a Muslim, Pickthall was a strong ally of the Ottoman Empire. He studied the Orient, and published articles and novels on the subject. While in the service of the Nizam of Hyderabad, Pickthall published his English translation of the Qur'an with the title The Meaning of the Glorious Koran. The translation was authorized by the Al-Azhar University and the Times Literary Supplement praised his efforts by writing "noted translator of the glorious Quran into English language, a great literary achievement."[7]

When a propaganda campaign was launched in the United Kingdom in 1915 over the massacres of Armenians, Pickthall rose to challenge it and argued that the blame could not be placed on the Turkish government entirely. At a time when Muslims in London had been co-opted by the Foreign Office to provide propaganda services in support of Britain's war against Turkey, Pickthall's stand was considered courageous given the wartime climate. When British Muslims were asked to decide whether they were loyal to the Allies (Britain and France) or the Central Powers (Germany and Turkey), Pickthall said he was ready to be a combatant for his country so long as he did not have to fight the Turks. He was conscripted in the last months of the war and became corporal in charge of an influenza isolation hospital.

In 1920 he went to India with his wife to serve as editor of the Bombay Chronicle, returning to England only in 1935, a year before his death at St Ives, Cornwall. It was in India that he completed his famous translation, The Meaning of the Glorious Koran.

Pickthall was buried in the Muslim section at Brookwood Cemetery in Surrey, England,[6] where Abdullah Yusuf Ali was later buried.