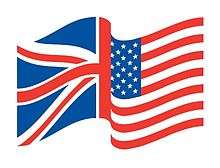 The official logo of the Marshall Scholarship is a blended image of the UK and US flags. 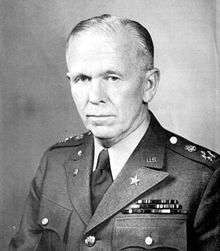 A portrait of George C. Marshall, for whom the scholarships are named

Roughly 30 (32 in 2016 [7])scholars are selected each, out of a pool of approximately 1,000 applicants who have been endorsed by their Universities to apply.[8] Currently, there are over 1,900 Marshall Scholar alumni.[9] To date, alumni are or have been prominent CEOs (LinkedIn, Dolby Labs); Supreme Court justices; members of the United States Congress; members of the Presidential Cabinet of the United States; state Governors; the Deans of Yale Law School, Stanford Law School, the Harvard Kennedy School and Harvard College; presidents of seven universities or colleges, including Duke University, Wellesley College, the Cooper Union, and Caltech. They have also been leaders in many academic and professional disciplines, including one Nobel Laureate, four Pulitzer Prize–winning authors, two winners of the John Bates Clark Medal for the best American economist under the age of 40, twelve MacArthur Genius Grant awardees, and the President of the National Bureau of Economic Research, the Managing Editors of TIME and CNN and the International News Editor of The New York Times, one Astronaut, two Oscar nominees, one winner of the National Medal of Technology and Innovation, and one awardee of the Distinguished Flying Cross for service during the Iraq War.

The scholarship was created by the Parliament of the United Kingdom when the Marshall Aid Commemoration Act was passed in 1953,[10] serving as a living gift to the United States of America in recognition of the post-World War II European Recovery Plan, commonly known as the Marshall Plan, and inspired by the Rhodes Scholarship. The first class of Marshall Scholars, who began academic study in the fall of 1954, consisted of eight men and four women selected from a pool of 700 applicants. In addition to pure academic pursuits, the program aims to provide future leaders of America with insight into the "British ideals and way of life" and to strengthen the "Special Relationship" that exists between the United States and the United Kingdom.

In a letter[11] to the first class of Marshall Scholars, George Marshall echoed his own words in initially presenting his ideas for European recovery by saying,

A close accord between our two countries is essential to the good of mankind in this turbulent world of today, and that is not possible without an intimate understanding of each other. These scholarships point the way to the continuation and growth of the understanding which found its necessity in the terrible struggle of the war years.

The published objectives of the Marshall Scholarships are outlined as follows:

Plans to establish "Marshall Scholarships" as a living memorial to George Marshall were announced by British Foreign Secretary Anthony Eden on July 31, 1952,[12] and were enacted by the Parliament of the United Kingdom when the Marshall Aid Commemoration Act was passed in 1953. The act's passage was backed by "leaders of all political hues," with British Foreign Secretary Ernest Bevin describing the scholarship's establishment as "a great opportunity for Europe." From its establishment, the Marshall Scholarship has been open to both men and women, while the Rhodes Scholarship which inspired it only became open to women beginning in 1977 following the passage of the British Sex Discrimination Act in 1975.[4]

In 1959, when Parliament doubled the number of scholars from 12 to 24, British politician Philip Noel-Baker argued that "Marshall, more than perhaps any other man, destroyed isolation in the United States and built up the conception that only collective security through international institutions can save the world...I think the world has never seen an act of greater national generosity than Marshall aid and the other aid which the United States has given to other continents throughout the last 15 years." By 1960, six years after their establishment, the scholarship was "on its way to becoming as well-known and respected as the fellow phrase, "Rhodes [Scholarship]," and both scholarships attracted roughly 500 to 600 applicants.[13]

The number of scholars was increased to 30 in 1973, 40 in 1991, and between 2004-2007 "up to 44". In 2010, the Commission decided to offer a limited number of one year awards.[14] In the early years of the Marshall Scholarship, it was common for new Scholars to travel together to the UK via cruise ship, but now Scholars are usually flown together to London from Washington, D.C. following a welcome program with top US and UK government and diplomatic officials.

Prospective applicants must first be endorsed by their universities to apply. The selection process is then coordinated through the eight major British embassy/consulate regions in the United States (Atlanta, Boston, Chicago, Houston, Los Angeles, New York, San Francisco, and Washington, D.C.). Selection committees in each region, consisting of former Scholars and other distinguished individuals, receive university-endorsed applications (including personal statements and essays) which are used to select a short list of candidates for interviews. Each committee then interviews each of the regional finalists prior to making the final decisions on the year's awards. In 2014, 16% of university-endorsed applicants received an interview.[8]

Although most of the responsibility for selecting the recipients is in the hands of the committees, a few formal guidelines have been outlined in the official selection criteria, most notably:[15]

As future leaders, with a lasting understanding of British society, Marshall Scholars will strengthen the enduring relationship between the British and American peoples, their governments and their institutions. Marshall Scholars are talented, independent and wide-ranging in their interests, and their time as Scholars will enhance their intellectual and personal growth. Their direct engagement with Britain through its best academic programmes will contribute to their ultimate personal success. In appointing Scholars the selectors will look for distinction of intellect and character as evidenced both by their scholastic attainments and by their other activities and achievements. Preference will be given to candidates who display a potential to make a significant contribution to their own society. Selectors will also look for strong motivation and seriousness of purpose, including the presentation of a specific and realistic academic programme.

The Marshall selection committees place a strong emphasis on academic achievement and potential, and as such the application requires a minimum GPA of 3.7. Successful applicants, however, typically have much higher GPAs: more than half of applicants have perfect academic records.[17] Winners from the University of Chicago and Harvard University have had average GPAs of 3.92,[18][19] and Stanford University recommends that applicants have a GPA of 3.8 or above.[20] In comparison, winners of the Rhodes Scholarship from Harvard have had an average GPA of 3.8.[19]

Oxford, Cambridge, LSE, UCL, Edinburgh, KCL and Imperial always dominate the list of preferred university selected by both the endorsed and actually interviewed Marshall Scholarship applicants throughout the years 2005 to 2016. With SOAS and LSHTM sometimes also being highly preferred.

These 9 institutions almost always tend to form the dominant block of the destination of eventually selected Scholars.[21] That said, Scholars have attended a wide range of universities throughout the UK, many of which are ranked[22][23] among the best in the world.

Comparison to other post-graduate scholarships

While the selection committees continues to emphasize academic potential, over time "the Marshall program has become more Rhodes-like, stating that it is seeking persons who also demonstrate leadership potential." In general, "nearly all Rhodes Scholars are willing to admit that, by and large, the Marshalls are superior if one looks just at grade point averages and other signs of academic achievement," but this is a point of both "admiration" and "disdain."[27]:293 Walter Isaacson, describing Rhodes Scholars as "fairly intelligent, well-rounded, honest people who could be counted on to be upstanding citizens," has said that "the real geniuses...were the Marshall Scholars," perhaps because of the expectation that Rhodes Scholars be "all-rounders." In practice, the Marshall and Rhodes have engaged an "informal rivalry," but in career trajectory after the completion of their fellowships, "the line between [the fellowships] is not so evident," with scholars pursuing similar fields with similar success. In general, a higher percentage of Marshall Scholars "go on to careers in academe and research, whereas Rhodes Scholars are more evenly scattered through the full range of professional occupations."[27]:357

To date, Marshall Scholar alumni are or have been prominent CEOs (LinkedIn, Dolby Labs); Supreme Court justices; members of the United States Congress; members of the Presidential Cabinet of the United States; state Governors; the Deans of Yale Law School and Stanford Law School; presidents of six universities or colleges, including Duke University, Wellesley College, the Cooper Union, and Caltech; and leaders in many academic and professional disciplines, including four Pulitzer Prize–winning authors, two winners of the John Bates Clark Medal for the best American economist under the age of 40 and the President of the National Bureau of Economic Research, one Nobel Laureate, the Managing Editors of TIME and CNN, one Astronaut, one Oscar nominee, and one winner of the National Medal of Technology and Innovation.