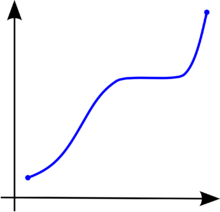 Figure 1. A monotonically increasing function. It is strictly increasing on the left and right while just non-decreasing in the middle. 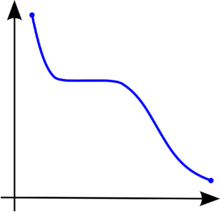 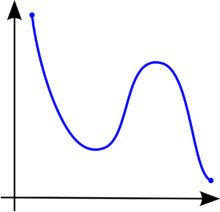 Figure 3. A function that is not monotonic

In mathematics, a monotonic function (or monotone function) is a function between ordered sets that preserves or reverses the given order. This concept first arose in calculus, and was later generalized to the more abstract setting of order theory.

Monotonicity in calculus and analysis

In calculus, a function

preserves the order (see Figure 1). Likewise, a function is called monotonically decreasing (also decreasing or nonincreasing) if, whenever

in the definition of monotonicity is replaced by the strict order

and so, by monotonicity, either

is not equal to

When functions between discrete sets are considered in combinatorics, it is not always obvious that "increasing" and "decreasing" are taken to include the possibility of repeating the same value at successive arguments, so one finds the terms weakly increasing and weakly decreasing to stress this possibility.

is said to be absolutely monotonic over an interval

if the derivatives of all orders of

are nonnegative or all nonpositive at all points on the interval.

Some basic applications and results

The following properties are true for a monotonic function

These properties are the reason why monotonic functions are useful in technical work in analysis. Two facts about these functions are:

An important application of monotonic functions is in probability theory. If

is a random variable, its cumulative distribution function

is a monotonically increasing function.

is a strictly monotonic function, then

is injective on its domain, and if

is the range of

, then there is an inverse function on

A map f : X → Y is said to be monotone if each of its fibers is connected i.e. for each element y in Y the (possibly empty) set f−1(y) is connected.

In functional analysis on a topological vector space X, a (possibly non-linear) operator T : X → X∗ is said to be a monotone operator if

Kachurovskii's theorem shows that convex functions on Banach spaces have monotonic operators as their derivatives.

Order theory deals with arbitrary partially ordered sets and preordered sets in addition to real numbers. The above definition of monotonicity is relevant in these cases as well. However, the terms "increasing" and "decreasing" are avoided, since their conventional pictorial representation does not apply to orders that are not total. Furthermore, the strict relations < and > are of little use in many non-total orders and hence no additional terminology is introduced for them.

for all x and y in its domain. The composite of two monotone mappings is also monotone.

Monotonicity in the context of search algorithms

This is a form of triangle inequality, with n, n', and the goal Gn closest to n. Because every monotonic heuristic is also admissible, monotonicity is a stricter requirement than admissibility. In some heuristic algorithms, such as A*, the algorithm can be considered optimal if it is monotonic.[2]

In Boolean algebra, a monotonic function is one such that for all ai and bi in {0,1}, if a1 ≤ b1, a2 ≤ b2, ..., an ≤ bn (i.e. the Cartesian product {0, 1}n is ordered coordinatewise), then f(a1, ..., an) ≤ f(b1, ..., bn). In other words, a Boolean function is monotonic if, for every combination of inputs, switching one of the inputs from false to true can only cause the output to switch from false to true and not from true to false. Graphically, this means that a Boolean function is monotonic when in its Hasse diagram (dual of its Venn diagram), there is no 1 connected to a higher 0.

The monotonic Boolean functions are precisely those that can be defined by an expression combining the inputs (which may appear more than once) using only the operators and and or (in particular not is forbidden). For instance "at least two of a,b,c hold" is a monotonic function of a,b,c, since it can be written for instance as ((a and b) or (a and c) or (b and c)).

The number of such functions on n variables is known as the Dedekind number of n.