Algerian music is virtually synonymous with raï among foreigners; the musical genre has achieved great popularity in France, Spain and other parts of Europe. For several centuries, Algerian music was dominated by styles inherited from Al-Andalus, eventually forming a unique North African twist on these poetic forms. Algerian music came to include suites called nuubaat (singular nuuba). Later derivatives include rabaab and hawzii.

Sha-bii is, in North African countries, folk music; in Algeria, however, it refers to a style of recent urban popular music, of which the best known performer was El Hajj Muhammad El Anka, considered to be the Grand Master of Andalusian classical music. True styles of folk music include hofii, a form of female vocal music, and zindalii, from Constantine.

Rai is a creative outlet to express political discontent. This music is a mix between Western music and Bedouin music.

The Malouf is the Arab-Andalusian music of Constantine and is also well known in Tunisia and Libya, it is a very large number of diversified musical repertoire of Algeria. Nevertheless, malouf can not compete commercially with popular music, much of it Egyptian, and it has only survived because of the efforts of the Tunisian government and a number of private individuals. Malouf is still performed in public, especially at weddings and circumcision ceremonies, though recordings are relatively rare. 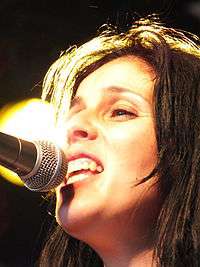