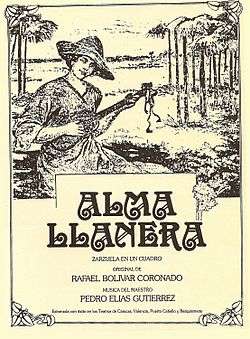 Several styles of the traditional music of Venezuela, such as salsa and merengue, are common to its Caribbean neighbors. Perhaps the most typical Venezuelan music is joropo, a rural form which originated in the llanos, or plains. 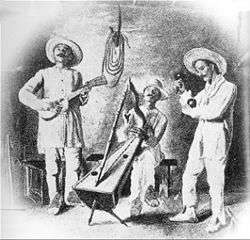 Joropo was developed by creative artists such as Juan Vicente Torrealba, Ignacio Figueredo, Eneas Perdomo and Angel Custodio Loyola, who helped to popularize the music throughout the country. Since then a slick, contemporary form of pop-llanera has developed which has earned the scorn of some purists who perceive it as stale and watered-down. Some singers, such as Adilia Castillo, Simon Diaz and Reynaldo Armas have maintained a huge following over the years. In a similar vein, there is also neo-folklore, which takes traditional music and arranges it in an electronic style.

Another very popular music in Venezuela is the Gaita Zuliana. This genre originated from the region of Zulia State and is very popular during the Christmas season. The gaita united to the Aguinaldo, conforms the national representation of the Venezuelan Christmas. In the east, the malagueña, punto and galerón accompanies the velorios de cruz de mayo, (religious tradition, that is celebrated on May 3 in honor to the Christian cross). In the Venezuelan Andes, the Venezuelan bambuco is a local variation of the bambuco. Other forms include polo and the Venezuelan waltz. The Quinteto Contrapunto, founded by Rafael Suarez and Aida Navarro, was a celebrated Venezuelan vocal quintet which reached nationwide and international celebrity in the early 1960s, and was very active for about a decade.

Other forms of Venezuelan folk music are tensively recorded and researched due to the work of Caracas-based Fundación Bigott. African-derived percussion (including multiple rhythms, such as sangueo, fulia, parranda and tamborera) is perhaps the best documented musical form. Fundacion Bigott has also produced groups such Un Solo Pueblo, Huracán de Fuego and Grupo Madera. These more experimental fusion artists combine rumba, Latin jazz, joropo, salsa, Venezuelan traditional chants and other forms of Latin American music. Venezuelan calypso music (including Calypso de El Callao), imported from Trinidad in the 1880s by immigrants arriving during a gold rush, has its own distinctive rhythms and lyrical style.

Another imported genre is Cuban-American salsa, which has produced several domestic superstars, including Oscar D'Leon. Dominican merengue and Latin pop acts such as Billo's Caracas Boys, the Porfi Jiménez Orchestra and Los Melódicos. 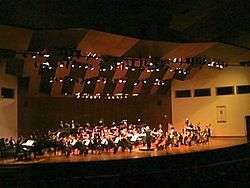 Aldemaro Romero directing the Municipal Symphony Orchestra of Caracas, at the celebration of the 50th anniversary of Dinner in Caracas 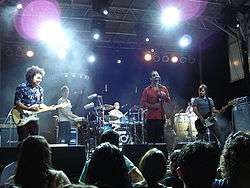 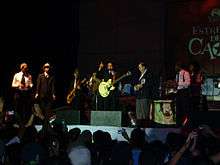 In the late 90s a very strong electronic music movement spread through the country. Several big multimedia festivals took place, such as "Caracas No Duerme," "AX," "Petaquire," and "Mare Nostrum." These events combined music with the video and performance art of Venezuelan artists such as Luis Poleo, Frank Wow, and Sony. The main bands/DJ's of this era are Ojo Fatuo, DJ Oddo and DJ Wyz. 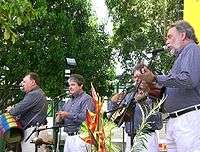 Juana Maria de la Concepcion, commonly referred to as Conny Méndez, born 11 April 1898 in Caracas, was a composer, singer, writer, caricaturist and actress who produced more than 40 compositions, such as: Yo soy venezolana, Chucho y Ceferina, La Negrita Marisol, Venezuela Habla Cantando, and many others.

Rubén Cedeño, composer of folk and children's music of Venezuela, he appears in the Venezuelan music encyclopedia.[1] Singer, composer, investigator, painter and writer. His most recognized works are: The Aguinaldo Que Navidad part of the Venezuelan Christmas repertoire and interpreted by the mezzo-soprano Morella Muñoz, Cantata infantil Simón Bolívar, Misa de Mi Tierra among others. It was National Prize of popular music of the INAVI with his valse Nora. The hymn Hail to the Statue of Liberty, received the congratulation of President Ronald Reagan.

Gustavo Matamoros is a renowned Venezuelan composer dedicated to the experimentation with sound and its relationship with the human mind and culture. He has worked mainly with contemporary techniques such as electroacoustics, mixed media, performance, installations, radiophony and multimedia spectacles. He resides in the US.