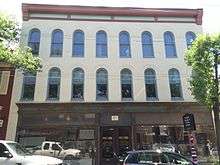 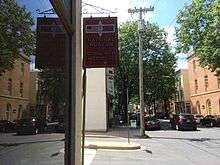 The National Museum of Civil War Medicine is a U.S. historic education institution located in Frederick, Maryland. Its focus involves the medical, surgical and nursing practices during the American Civil War (1861-1865).

The museum, which was originally proposed by Dr. Gordon E. Damman, a private collector of Civil War-era medical artifacts, was incorporated in 1990 and first opened to the public in 1996.[1]The museum moved into its current location – a three-story 19th century brick building that was home to a furniture maker/undertaker operation during the Civil War – in October 2000.[2]

The 7,000-square-foot (650 m2) museum consists of five immersion exhibits that recreate aspects of Civil War medical issues: life in an army camp, evacuation of the wounded from the battlefront, a field dressing station, a field hospital and a military hospital ward. The exhibits incorporate surviving tools and equipment from the war, including the only known surviving Civil War surgeon’s tent, surgical kits, and items pertaining to veterinary medicine.[3]

In 2006, the museum, in cooperation with the U.S. National Park Service, began operating the Pry House Field Hospital Museum at the Antietam National Battlefield.[4] The same year, the museum made its first foray into book publishing with the release of Robert G. Slawson’s Prologue to Change: African Americans in Medicine in the Civil War Era.[5]

The museum has organized annual national conferences on Civil War-era medicine for more than twenty years.[6][7]