Nawalapitiya (Sinhalese: නාවලපිටිය, Tamil: நாவலபிட்டி) is a town in Central Province, Sri Lanka. It is in the Kandy District, governed by an Urban Council. It is 38 km (24 mi) away from Kandy and 112 km (70 mi) from Colombo. It is located 589 m (1,932 ft) above sea level. The town is near Mahaweli Ganga. Nawalapitiya can also be identified as "Peace Town", because the population of Sinhala (47%), Tamil (38%), and Muslims (14%) peacefully co-exist there.

The Indian actor and politician M. G. Ramachandran was born in Nawalapitiya.

The following Estates cultivating tea are in the vicinity of Nawalapitiya.[1] 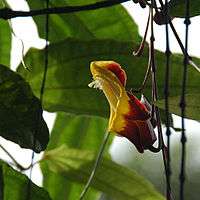 Natural beauty of the area

Flowery Broken Orange Pekoe from Dilmah's Kataboola Estate in the Nawalapitiya Region offers clean, black leaf, with some silvery tip. The infused leaf is clean and open, with a coppery tone indicative of a bright cup. The liquor shows character and depth, with some strength, but generally mellow for a very pleasing and bright tea. The liquor displays an orange brown hue in the style of an elegant Ceylon Tea. Tasting notes - Tightly rolled tea leaf that is matt brown-black in color with the occasional show of tip. The infused leaf is bright brown/burnt sienna in colour. Liquor color is mahogany with a greenish tinge. A fine tea with an aroma of light hay on the nose and a hint of pistachios and almonds in the taste. A fortifying tea with body and soul.

The Nawalapitiya Railway Station, built in 1874, is an important access point to this town. It is located next to the main bus stand, in the centre of the town. The station is on the Main Line (Colombo-Badulla) railway line.

From Colombo there are two main trains direct to Nawalapitiya - The Podi Menike Express (5.55 AM) and the Udarata Menike Express Train (8.30 AM). Another express train at 9.45 AM. In evening 12.40 PM and 8.00 PM(Night mail). A transit from Peradeniya Junction is needed from other trains to reach the town. 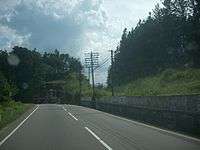 Cities and towns nearby

The Mahaweli Ganga (Sinhalese: මහවැලි ගඟ) is the longest river in Sri Lanka. It is 335 km (208 mi) long. Its drainage basin is the largest in Sri Lanka, and covers almost one-fifth of the total area of the island. The river is heavily dammed in order to produce hydroelectricity and water for irrigation. This river crosses Nawalapitiya