This article is about the Massachusetts governor. For other people named Oliver Ames, see Oliver Ames (disambiguation).

Oliver Ames (February 4, 1831 – October 22, 1895) was an American businessman, financier and politician from Massachusetts. He was the son of Oakes Ames (1804–1873), a railroad baron behind the construction of the Union Pacific Railroad (UP) who was notably censured in the Credit Mobilier scandal for actions taken while a United States Congressman. Ames was executor of his father's estate, and took over many of his business interests. A Republican, he served as the 35th Governor of Massachusetts (1887–1890). He was a major philanthropist, especially in his hometown of Easton, which is graced by a number of architecturally significant works by H.H. Richardson as a result of his influence.

Oliver Ames was born in North Easton, Massachusetts on February 4, 1831, to Oakes Ames and Eveline Orville (Gilmore) Ames. His father was the owner of a shovel factory, which became the largest such business in the country. Ames was educated in the local schools, and then attended private academies in North Attleborough and Leicester.[2] He was briefly employed in the family's factory before enrolling in Brown University[1] in 1851. He spent three years there, in a custom-designed program overseen by university president Francis Wayland.[3]

Ames then entered the family business, where he learned all aspects of its manufacturing processes and worked as a traveling salesman. When his grandfather Oliver died in 1863, he became a partner in the business.[2] During the American Civil War, he oversaw the manufacturing department, introducing efficiencies in the manufacturing processes and expanding the business.[4] During these years his grandfather, uncle, and father, in addition to expanding the shovel business, invested in railroads and other industrial concerns.[5] 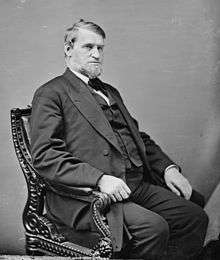 Ames' father and uncle (also named Oliver) were leading figures in the Union Pacific, as well as principals in Crédit Mobilier of America, a corporation established by Union Pacific insiders to siphon profits from the railroad construction.[6] Oakes Ames, while a member of Congress in the 1860s, sold shares of Crédit Mobiler to other Congressmen, priced at par value, which was well below their estimated market value. When this was exposed in 1872, it was determined by a Congressional investigating committee to be for the purpose of influencing railroad-related legislation. The scandal resulted in his censure, and he died not long afterward.[7] Ames became co-executor and heir to his father's fortune, which included a nationwide network of business interests, as well as $6-8 million in debts, most of them related to the Union Pacific and Crédit Mobilier scandal. Over a period of years, Ames was able to pay off the debts, provide more than $1 million in bequests, and divide the estate amongst the heirs.[8] 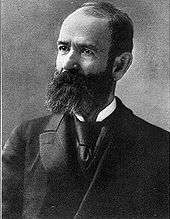 Ames's relationship with the Union Pacific (UP) took years of legal action to unwind. In 1875, financier Jay Gould obtained control of the UP, while a group of mainly Ames-dominated Boston investors retained control of Crédit Mobilier (CM).[9] The latter company was mired in legal action related to the scandal, and its shares were a major component of Oakes Ames's estate. The company's only major asset was a $2 million note against UP, and Ames instigated legal action by CM to recover its value. Gould and UP countersued, offering CM shareholders equivalent UP stock in a bid to gain control over CM. This gambit largely succeeded, with most CM shareholders, including Ames's uncle, agreeing to the deal. Ames rejected the deal, and became the principal opponent to Gould's later actions.[10] Gould successfully ousted Ames from the CM board, which (under Gould's control) then voted to discontinue its lawsuit. Ames launched legal action as a shareholder, and succeeded in forcing CM into receivership in 1879, with himself as the receiver.[11] The legal wrangling continued until 1880, with most of the holdout shareholders eventually being bought out by Gould for $20/share plus costs.[12]

During the legal wrangling over the UP, Ames scored a significant business coup with Gould. In the 1860s, Ames acquired (for a low price) a controlling interest in the Central Branch Union Pacific Railroad, a paper railroad, separate from the UP, which was chartered to provided service in Kansas.[13] In the late 1870s, he personally oversaw the acquisition of rights of way and construction of the railroad.[2] He sold it to Gould, who was assembling pieces of a full transcontinental rail network under the UP umbrella,[13] for $250/share.[2]

Ames entered public life with the stated intent to vindicate his father's memory.[14] His early political activities included sitting on Easton's School Committee, and chairing the local Republican Party committee.[1] He decided to run for state senate in 1879, after he was unsuccessful in securing passage for the separation of the Martha's Vineyard community of Cottage City, where he owned a summer house, from Edgartown.[15] Winning election, he saw through the incorporation of the town (now known as Oak Bluffs).[16] He also sat on the committees overseeing railroads and schools.[15]

In 1882, Ames received the Republican nomination for Lieutenant Governor of Massachusetts, alongside gubernatorial nominee Senate President Robert R. Bishop. In a bitterly divisive contest dominated by issues of corruption at the national level, and temperance at the local level, Democrat Benjamin Butler defeated Bishop, but Ames won his race.[17] Ames served from 1883 to 1886, first under Butler (for one term) and then George D. Robinson (for three).[16] In 1883, the Massachusetts legislature passed a resolution exonerating his father, and called on Congress to reverse the censure.[18] During this period he also oversaw the sale by the state of its interests in the New York, New Haven and Hartford Railroad and the Hoosac Tunnel.[16] He was at first criticized for the relatively low price (shares were sold at 1/3 of par value), but it was later seen to be a good deal.[4]

With Governor Robinson retiring in 1886, Ames won election as Governor of Massachusetts, and served three lackluster one-year terms. One of the major political issues in his first two races was his lack of service in the American Civil War. Ames had served in the state militia before the war, rising to the rank of lieutenant colonel, but resigned before the war began. Ames countered criticisms by pointing out that he had hired a substitute to serve in his place, and that he had financially supported the Union war effort.[19] 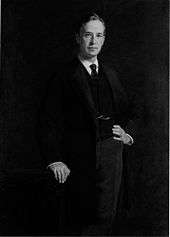 As governor, Ames was a competent administrator, hiring and promoting more on the basis of merit than politics. He advocated the improvement of public schools, as a counter to private religious schools. In his second term, he donated $1,000 to the College of the Holy Cross, which upset anti-Catholics in the state and cost him votes in the third election against William E. Russell. He was also unpopular with advocates of temperance; although he supported the work of the Massachusetts Temperance Society, he was opposed to the legislated prohibition of alcohol.[4] A state constitutional amendment enacting prohibition was passed by the legislature in 1889, but was voted down in the required referendum that followed.[20] A project to expand the Massachusetts State House was approved during his tenure, and he in 1889 helped lay the cornerstone for its new elements.[16] In 1887 he signed a bill exempting military veterns from recently enacted civil service regulations, earning him the ire of the state's progressives.[21]

In 1888, his health began to fail, probably due to the strain of office and his business interests.[22] He refused to run for reelection in 1889, continuing a party tradition of three-term governors.[4] After leaving office, he traveled to Europe several times to relax and recover his health.[22] He died at his North Easton home in 1895.[23]

Ames was elected an honorary member of Phi Mu Alpha Sinfonia music fraternity in 1917, by the fraternity's Alpha Chapter at the New England Conservatory in Boston. He is the only known member to receive such a posthumous offer.[26]

Easton's public high school (of which he was a major financial backer)[25] is named Oliver Ames High School in his honor.[27] He is also the namesake of the small community of Oliver, Nebraska,[28] and of the schooner Governor Ames, one of largest wooden sailing vessels built in the 19th century, and the first oceangoing five-masted schooner on the Atlantic coast (Ames was one the investors in the ship).[29]

Together with his cousin Frederick Lothrop Ames, Oliver financed many important buildings and landscapes in North Easton designed by architect H. H. Richardson and landscape designer Frederick Law Olmsted. Notable among these are Oakes Ames Memorial Hall and the Ames Free Library, centerpieces of the H. H. Richardson Historic District of North Easton, a National Historic Landmark District.[30] He was also a patron of sports and the arts, owning Booth's Theatre in New York City,[25] and raising funds to send athletes from the Boston Athletic Association to the 1896 Summer Olympics.[31]