Outline of canoeing and kayaking 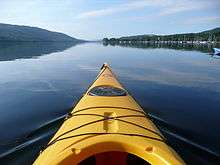 The following outline is provided as an overview of canoeing and kayaking:

Canoeing – recreational boating activity or paddle sport in which you kneel or sit facing forward in an open or closed-decked canoe, and propel yourself with a single-bladed paddle, under your own power.

Kayaking – use of a kayak for moving across water. It is distinguished from canoeing by the sitting position of the paddler and the number of blades on the paddle. A kayak is a boat where the paddler faces forward, legs in front, using a double-bladed paddle. Most kayaks have closed decks.

What type of things are canoeing and kayaking? 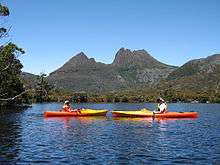 Some of the many popular uses of canoes and kayaks include: 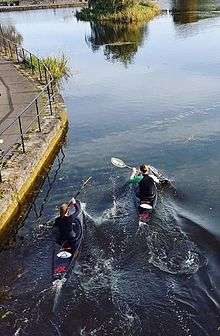 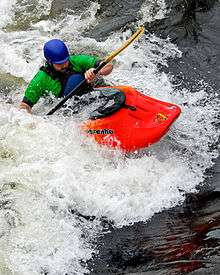 Kayaking on the Helford River

Differences between a canoe and a kayak:

Materials used in modern designs – modern kayaks are usually made from Rotationally Molded Plastic (Rotomold), Fiberglass or Kevlar, each of which has advantages and disadvantages.

Modern canoe/kayak designs – in general, each of the activities mentioned above requires a type of boat specifically designed for that activity.

Whitewater kayak/canoe - most designs are easily converted from kayak (K-1) to canoe (C-1) by changing the seat. The kayak outfitting is the most common.

Other canoeing and kayaking equipment 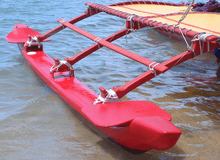 Outrigger on a Hawaiian canoe

Whitewater – water thrashed around and aerated by the turbulence of a fast enough rapid that some of it turns frothy white.

Artificial whitewater courses – special sites usually for competition or commercial use where water is diverted or pumped over a concrete watercourse to simulate a range of different water situations that can be controlled consistently Whitewater rivers – rivers with one or more stretches of whitewater rapids. 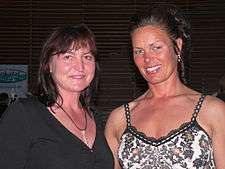 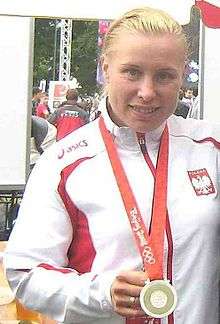