Peter Stephen Paul Brook, CH, CBE (born 21 March 1925) is an English theatre and film director who has been based in France since the early 1970s. He has won multiple Tony and Emmy Awards, a Laurence Olivier Award, the Praemium Imperiale, and the Prix Italia. He has been called "our greatest living theatre director".[1]

With the Royal Shakespeare Company, Brook directed the first English language production of Marat/Sade in 1964. It transferred to Broadway in 1965 and won the Tony Award for Best Play, and Brook was named Best Director.

Brook was born in the Turnham Green area of Chiswick, London, the second son of Simon Brook and his wife Ida (Jansen), both Jewish immigrants from Latvia.[2][3] The family home was at 27 Fairfax Road, Turnham Green.[3] His elder brother was the psychiatrist and psychotherapist Alexis Brook (1920-2007).[4] His first cousin was Valentin Pluchek, chief director of the Moscow Satire Theatre.[5] Brook was educated at Westminster School, Gresham's School, and Magdalen College, Oxford. 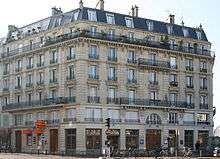 He directed Dr Faustus, his first production, in 1943 at the Torch Theatre in London, followed at the Chanticleer Theatre in 1945 with a revival of The Infernal Machine. In 1947, he went to Stratford-upon-Avon as assistant director on Romeo and Juliet and Love's Labour's Lost. From 1947 to 1950, he was Director of Productions at the Royal Opera House, Covent Garden. His work there included a highly controversial staging of Strauss' Salome with sets by Salvador Dalí, and an effective re-staging of Puccini's La Boheme using sets dating from 1899. A proliferation of stage and screen work as producer and director followed. Dark of the Moon by Howard Richardson (1948–49), at the Ambassadors Theatre, London, was a much early admired production.

In 1970, with Micheline Rozan, Brook founded the International Centre for Theatre Research, a multinational company of actors, dancers, musicians and others which travelled widely in the Middle East and Africa in the early 1970s. It has been based in Paris at the Bouffes du Nord theatre since 1974.[6] In 2008 he made the decision to resign as artistic director of Bouffes du Nord, handing over to Olivier Mantei and Olivier Poubelle in 2008.[7]

Brook has been influenced by the work of Antonin Artaud and his ideas for his Theatre of Cruelty.

In England, Peter Brook and Charles Marowitz undertook The Theatre of Cruelty Season (1964) at the Royal Shakespeare Company, aiming to explore ways in which Artaud's ideas could be used to find new forms of expression and retrain the performer. The result was a showing of 'works in progress' made up of improvisations and sketches, one of which was the premier of Artaud's The Spurt of Blood.

His greatest influence, however, was Joan Littlewood. Brook described her as "the most galvanising director in mid-20th century Britain". Brook's work is also inspired by the theories of experimental theatre of Jerzy Grotowski,[8] Bertolt Brecht, Chris Covics and Vsevolod Meyerhold and by the works of G. I. Gurdjieff,[9] Edward Gordon Craig,[10] and Matila Ghyka.[11]

Brook has collaborated with a range of directors, writers and actors during his career, notable examples include actors Paul Scofield and Glenda Jackson; designer Georges Wakhévitch, and writers Ted Hughes and William Golding. Brook first encountered Wakhévitch in London when he saw the production of Jean Cocteau's ballet Le Jeune Homme et la Mort which Wakhévitch designed. Brook declared, he "was convinced that this was the designer for whom I had been waiting."[12]

In the mid 1970s,[13] Brook, with writer Jean-Claude Carrière, began work on adapting the Indian epic poem the Mahābhārata into a stage play which was first performed in 1985[14] and then later into a televised mini series.

In a long article in 1985, The New York Times noted "overwhelming critical acclaim", and that the play "did nothing less than attempt to transform Hindu myth into universalized art, accessible to any culture".[15]

In 2015 Brook returned to the world of Mahabharata with a new Young Vic production, Battlefield in collaboration with Jean-Claude Carrière and Marie-Hélène Estienne.

In 2005 Brook directed Tierno Bokar, based on the life of the Malian sufi of the same name. The play was adapted for the stage by Marie-Hélène Estienne from a book by Amadou Hampate Ba (translated into English as A Spirit of Tolerance: The Inspiring Life of Tierno Bokar). The book and play detail Bokar's life and message of religious tolerance. Columbia University produced 44 related events, lectures, and workshops that were attended by over 3,200 people throughout the run of Tierno Bokar. Panel discussions focused on topics of religious tolerance and Muslim tradition in West Africa.[16]

In 1951, Brook married actress Natasha Parry. They had two children: Irina, an actress and director, and Simon, a director. Parry died in July 2015, aged 84.

Major productions for the RSC