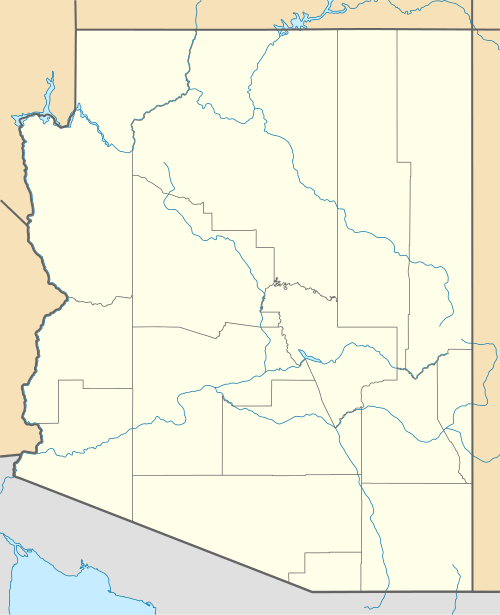 The Phoenix Open (known as the Waste Management Phoenix Open for title sponsorship reasons)[1] is a professional golf tournament on the PGA Tour, held in late January/early February at the Tournament Players Club (TPC) of Scottsdale, Arizona. The tournament was originally the Arizona Open, but was known for most of its history as the Phoenix Open until the investment bank Friedman Billings Ramsey became the title sponsor in October 2003, when it was known as the FBR Open. The event's relaxed atmosphere, raucous by the standards of professional golf, has earned it the nickname “The Greatest Show on Grass” and made it one of the most popular events on the PGA Tour calendar.

The tournament was moved in 1987 to its current home, the Stadium Course at TPC Scottsdale, northeast of downtown Phoenix. The approximate average elevation of the course is 1,530 feet (470 m) above sea level.

The most popular location for spectators is the par-3 16th hole, nicknamed "The Coliseum." One of the shortest holes on tour at 162 yards, during tournaments the 16th is temporarily enclosed by a 20,000-seat grandstand. The hole could be described as "one big party," with many students from the nearby Arizona State University in Tempe in attendance. Poor shots at the 16th hole receive boos, because the hole is very easy by the PGA's standards. Good shots, however, are cheered loudly. Famous moments at the 16th include Tiger Woods' hole-in-one in 1997, which caused the gallery to erupt, throwing cups and other objects in celebration, and Justin Leonard giving the finger to the gallery after a poor shot. In 2011 Australian golfer Jarrod Lyle aced the hole, causing the stands to erupt in excitement.

In 2013, the PGA Tour banned the practice of caddies racing the 150 yards from the tee box to the green, citing injury concerns.[3]

The most popular golfer at the Waste Management Phoenix Open is unquestionably Phil Mickelson, an Arizona State alumnus. In addition to the golf, there is a concert/party held in the Scottsdale area called the Birds Nest, at which music artists like Huey Lewis and the News play.

The Thunderbirds are still highly active in the organization of the tournament. Portions of the proceeds are used by the Thunderbirds to fund Special Olympics activities in Phoenix.

Conflicts with the Super Bowl

In recent years, the Phoenix Open has been played on the weekend of the Super Bowl. In 1996, the tournament was played Wednesday through Saturday, as Super Bowl XXX was held at Sun Devil Stadium in nearby Tempe. In 2009, the tournament overlapped with Super Bowl XLIII in Tampa, Florida, when Kenny Perry and Charley Hoffman went to a playoff. That denied the spectators a chance to watch the beginning of the game on NBC, featured the local Arizona Cardinals. Because of the Super Bowl weekend status, the PGA Tour's television contracts with CBS and NBC include an alternating tournament. Usually a CBS tournament, the Phoenix Open airs on NBC when CBS has the Super Bowl, and NBC's WGC-Dell Match Play Championship airs on CBS in Winter Olympic years.

Thirteen men have won this tournament more than once.