For other uses, see Poison (disambiguation). 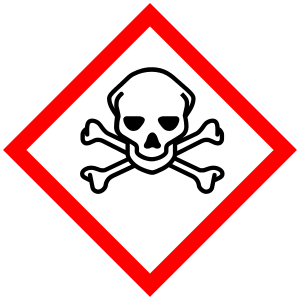 The international pictogramme for poisonous substances. The skull and crossbones has long been a standard symbol for poison.

In biology, poisons are substances that cause disturbances in organisms, usually by chemical reaction or other activity on the molecular scale, when an organism absorbs a sufficient quantity.[1][2]

The fields of medicine (particularly veterinary) and zoology often distinguish a poison from a toxin, and from a venom. Toxins are poisons produced by organisms in nature, and venoms are toxins injected by a bite or sting (this is exclusive to animals). The difference between venom and other poisons is the delivery method. Industry, agriculture, and other sectors use poisons for reasons other than their toxicity. Pesticides are one group of substances whose toxicity is their prime purpose.

The term "poison" is often used colloquially to describe any harmful substance—particularly corrosive substances, carcinogens, mutagens, teratogens and harmful pollutants, and to exaggerate the dangers of chemicals. Paracelsus (1493–1541), the father of toxicology, once wrote: "Everything is poison, there is poison in everything. Only the dose makes a thing not a poison"[5] (see median lethal dose). The law defines "poison" more strictly. Substances not legally required to carry the label "poison" can also cause a medical condition of poisoning.

Some poisons are also toxins, which is any poison produced by animals, vegetables or bacterium, such as the bacterial proteins that cause tetanus and botulism. A distinction between the two terms is not always observed, even among scientists. The derivative forms "toxic" and "poisonous" are synonymous.

Animal poisons delivered subcutaneously (e.g., by sting or bite) are also called venom. In normal usage, a poisonous organism is one that is harmful to consume, but a venomous organism uses venom to kill its prey or defend itself while still alive. A single organism can be both poisonous and venomous, but that is rare.[6]

In nuclear physics, a poison is a substance that obstructs or inhibits a nuclear reaction. For an example, see nuclear poison.

Environmentally hazardous substances are not necessarily poisons, and vice versa. For example, food-industry wastewater—which may contain potato juice or milk—can be hazardous to the ecosystems of streams and rivers by consuming oxygen and causing eutrophication, but is nonhazardous to humans and not classified as a poison.

Biologically speaking, any substance, if given in large enough amounts, is poisonous and can cause death. For instance, several kilograms worth of water would constitute a lethal dose. Many substances used as medications—such as fentanyl—have an LD50 only one order of magnitude greater than the ED50. An alternative classification distinguishes between lethal substances that provide a therapeutic value and those that do not.

Acute poisoning is exposure to a poison on one occasion or during a short period of time. Symptoms develop in close relation to the exposure. Absorption of a poison is necessary for systemic poisoning. In contrast, substances that destroy tissue but do not absorb, such as lye, are classified as corrosives rather than poisons. Furthermore, many common household medications are not labeled with skull and crossbones, although they can cause severe illness or even death. In the medical sense, poisoning can be caused by less dangerous substances than those legally classified as a poison.

Chronic poisoning is long-term repeated or continuous exposure to a poison where symptoms do not occur immediately or after each exposure. The patient gradually becomes ill, or becomes ill after a long latent period. Chronic poisoning most commonly occurs following exposure to poisons that bioaccumulate, or are biomagnified, such as mercury, gadolinium, and lead.

Contact or absorption of poisons can cause rapid death or impairment. Agents that act on the nervous system can paralyze in seconds or less, and include both biologically derived neurotoxins and so-called nerve gases, which may be synthesized for warfare or industry.

Inhaled or ingested cyanide, used as a method of execution in gas chambers, almost instantly starves the body of energy by inhibiting the enzymes in mitochondria that make ATP. Intravenous injection of an unnaturally high concentration of potassium chloride, such as in the execution of prisoners in parts of the United States, quickly stops the heart by eliminating the cell potential necessary for muscle contraction.

Most biocides, including pesticides, are created to act as poisons to target organisms, although acute or less observable chronic poisoning can also occur in non-target organisms (secondary poisoning), including the humans who apply the biocides and other beneficial organisms. For example, the herbicide 2,4-D imitates the action of a plant hormone, which makes its lethal toxicity specific to plants. Indeed, 2,4-D is not a poison, but classified as "harmful" (EU).

Many substances regarded as poisons are toxic only indirectly, by toxication. An example is "wood alcohol" or methanol, which is not poisonous itself, but is chemically converted to toxic formaldehyde and formic acid in the liver. Many drug molecules are made toxic in the liver, and the genetic variability of certain liver enzymes makes the toxicity of many compounds differ between individuals.

Poisonous compounds may be useful either for their toxicity, or, more often, because of another chemical property, such as specific chemical reactivity. Poisons are widely used in industry and agriculture, as chemical reagents, solvents or complexing reagents, e.g. carbon monoxide, methanol and sodium cyanide, respectively. They are less common in household use, with occasional exceptions such as ammonia and methanol. For instance, phosgene is a highly reactive nucleophile acceptor, which makes it an excellent reagent for polymerizing diols and diamines to produce polycarbonate and polyurethane plastics. For this use, millions of tons are produced annually. However, the same reactivity makes it also highly reactive towards proteins in human tissue and thus highly toxic. In fact, phosgene has been used as a chemical weapon. It can be contrasted with mustard gas, which has only been produced for chemical weapons uses, as it has no particular industrial use.

Biocides need not be poisonous to humans, because they can target metabolic pathways absent in humans, leaving only incidental toxicity. For instance, the herbicide 2,4-dichlorophenoxyacetic acid is a mimic of a plant growth hormone, which causes uncontrollable growth leading to the death of the plant. Humans and animals, lacking this hormone and its receptor, are unaffected by this, and need to ingest relatively large doses before any toxicity appears. Human toxicity is, however, hard to avoid with pesticides targeting mammals, such as rodenticides.

The risk from toxicity is also distinct from toxicity itself. For instance, the preservative thiomersal used in vaccines is toxic, but the quantity administered in a single shot is negligible. 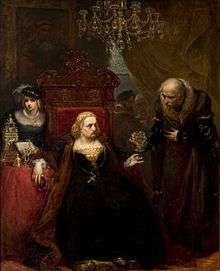 Throughout human history, intentional application of poison has been used as a method of murder, pest-control, suicide, and execution.[16][17] As a method of execution, poison has been ingested, as the ancient Athenians did (see Socrates), inhaled, as with carbon monoxide or hydrogen cyanide (see gas chamber), or injected (see lethal injection). Poison's lethal effect can be combined with its allegedly magical powers; an example is the Chinese gu poison. Poison was also employed in gunpowder warfare. For example, the 14th-century Chinese text of the Huolongjing written by Jiao Yu outlined the use of a poisonous gunpowder mixture to fill cast iron grenade bombs.[18]