In 1937, elections were held in British controlled areas in India. In Bengal, the All India Muslim League and the Krishak Praja Party (KPP) won 40 and 35 seats respectively. Leading politician A. K. Fazlul Huq, the leader of the KPP, became the Premier of Bengal with the support of the League, the Europeans (25 seats), the Independent Scheduled Castes (23 seats) and the Independent Caste Hindus (14 seats). His chief opposition was the Indian National Congress and the Hindu Mahasabha. In 1940 Huq moved the Lahore Resolution which called for the creation of a sovereign state in the eastern British India. Huq's tenure was marred by instability and controversies. The Bengal famine of 1943 took place during World War II; and Calcutta and Chittagong were bombed by Japanese air raids. The Huq Ministry collapsed in 1943 as the KPP began to disintegrate and legislative support diminished. He was succeeded by Sir Khawaja Nazimuddin, a member of the Dhaka Nawab Family. Nazimuddin was a conservative leader of the Muslim League and earlier served as education minister. His premership saw growing communal divisions.

The 1946 elections saw the Bengal Muslim League win a majority of 113 seats in the 250-member Legislative Assembly. The liberal faction within the League gained control. They were led by figures such as Huseyn Shaheed Suhrawardy and Mohammad Ali Bogra. Suhrawardy became Prime Minister in 1946. He mooted the famous United Bengal proposal which opposed the province's partition and called for an independent state. However, this was rejected by Earl Mountbatten due to pressure from the Congress and hardliners in the Muslim League. Suhrawardy was the last Prime Minister of Bengal upon the Partition of British India in 1947. Subsequently, all three Bengali premiers moved to East Pakistan, where they continued to be influential statesmen. Nazimuddin and Suhrawardy became Prime Ministers of Pakistan, while Huq served as the Chief Minister and Governor of East Pakistan. The three leaders are considered the forerunners of politics in modern Bangladesh. Suhrawardy and Huq were mentors to Sheikh Mujibur Rahman. 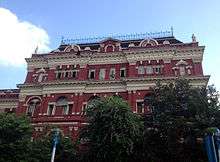 Writer's Building in Kolkata, the former seat of the Government of undivided Bengal 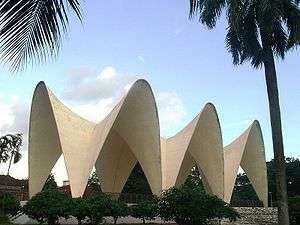 The mausoleum of Huq, Nazimuddin and Suhrawardy in Dhaka