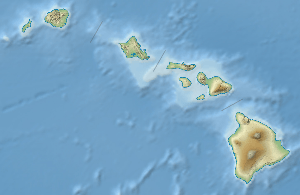 The Mitsubishi Electric Championship at Hualalai is a golf tournament on the Champions Tour. It is played annually in January at the Hualalai Resort Golf Club in Kaʻūpūlehu in the Kona district of Hawaiʻi island. Mitsubishi Electric is the main sponsor of the tournament. The field consists of the senior major champions of the last five years and other tournament winners of the last two years, plus a few sponsor invitees.

Seven players have won this tournament more than once through 2015.