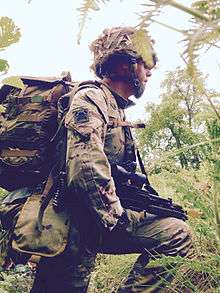 The regiment is an Armoured Cavalry Regiment,[3] equipped with the CVR(T) family. This will be replaced by the Scout Specialist Vehicle from 2015.[4] It will consist of 3 Sabre Squadrons of 16 vehicles each and one Command and Support Squadron. These will be the Scimitar 2 vehicles and later the SCOUT SV.[5] 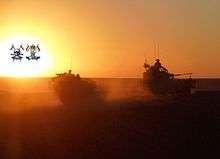 The Regimental Cap Badge is referred to as the ‘Motto’ and stands for ‘Death or Glory’.[7]

The regiment retains order of precedence from the more senior antecedent regiment, the 9th/12th Royal Lancers (Prince of Wales's).

The Royal Lancers is now the last regiment in the British Army to retain the title of "lancers". It has directly or indirectly inherited the traditions of the six British lancer regiments that were in existence until a series of amalgamations began in 1922.