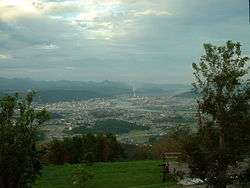 The modern city of Satsumasendai was established on October 12, 2004, from the merger of the city of Sendai, the towns of Hiwaki, Iriki, Kedōin and Tōgō, and the Koshikijima Islands (which consisted of the villages of Kamikoshiki, Kashima, Sato and Shimokoshiki, all from Satsuma District).

The city has regular Shinkansen services to Kagoshima City and Yatsushiro.

The city is also home to Kagoshima Immaculate Heart University, founded in 1994, which has a small population of foreign students.

A major employer is the Sendai nuclear power station.