Kagoshima Prefecture (鹿児島県, Kagoshima-ken) is a prefecture of Japan located on the island of Kyushu.[1] The capital is the city of Kagoshima.[2]

Kagoshima Prefecture is located at the southwest tip of Kyushu on the Satsuma Peninsula and Ōsumi Peninsula. This prefecture also includes a chain of islands stretching further to the southwest of Kyushu for a few hundred kilometers. The most important group is the Amami Islands. Surrounded by the East China Sea to the west, Okinawa Prefecture in the south, Kumamoto Prefecture to the north, and Miyazaki Prefecture to the east, it has 2,632 km of coastline (including the 28 islands). It has a bay called Kagoshima Bay (Kinkowan), which is sandwiched by two peninsulas, Satsuma and Ōsumi. Its position made it a 'gateway' to Japan at various times in history. While Kyushu has about 13 million people, there are less than 2 million in this prefecture.

The prefecture boasts a chain of active and dormant volcanoes, including the great Sakurajima, which towers out of the Kagoshima bay opposite Kagoshima city. A steady trickle of smoke and ash emerges from the caldera, punctuated by louder mini-eruptions on an almost daily basis. On active days in Kagoshima city an umbrella is advisable to ward off the ash. Sakurajima is one of Japan's most active volcanoes. Major eruptions occurred in 1914, when the island mountain spilled enough material to become permanently connected to the mainland, and a lesser eruption in 1960. Volcanic materials in the soil make Sakurajima a source for record daikon radishes, roughly the size of a basketball. Many beaches around the Kagoshima Bay are littered with well-worn pumice stones. A crater lake in the southwestern tip of the prefecture, near the spa town of Ibusuki, is home to a rare species of giant eel.

Kagoshima Prefecture corresponds to the ancient Japanese provinces Ōsumi and Satsuma, including the northern part of the Ryukyu Islands (Satsunan).[4] This region played a key role in the Meiji Restoration (Saigo Takamori), and the city of Kagoshima was an important naval base during Japan's 20th century wars and the home of admiral Tōgō Heihachirō. More recent incidents are the sinking of a North Korean spy ship (100 ton class) in 2001 by the Coast Guard, which was later salvaged and exhibited in Tokyo, and the abduction of an office clerk from a Kagoshima beach in 1978 by agents from the same country. This became known only recently under the Koizumi administration.

Most of the economic sector is focused in Kagoshima City and the surrounding area, corresponding to the extent of the former Satsuma Province. The eastern part of the prefecture, the former Ōsumi Province, is mostly rural and shows a general population decline.

The prefecture has strong agricultural roots, which are reflected in its most well-known exports: green tea, sweet potato, radish, Pongee rice, Satsuma ware and Berkshire pork ("kurobuta"). Kagoshima prefecture's production of bonito flakes is second only to that of Shizuoka. In addition it produces Japan's largest volume of unagi eels.

The Japan Aerospace Exploration Agency (JAXA) has several facilities within the prefecture, including the country's main launch facility on Tanegashima and the Uchinoura Space Center. 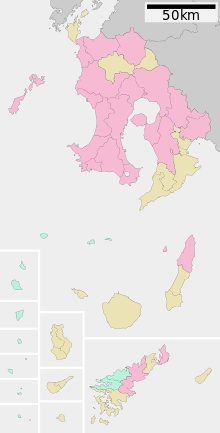 The following is a list of Kagoshima Prefecture's cities, and its administrative districts with their constituent towns and villages: 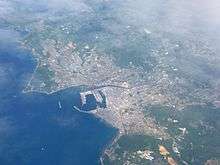 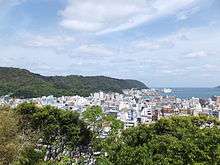 No major baseball or soccer club is based in the prefecture. A number of Kagoshima's ballparks play host to well-known teams:

The Kirishima-Yaku National Park is located in Kagoshima Prefecture. 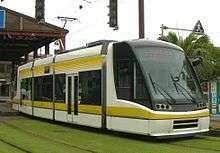