The Semois (Simwès in Walloon, often under elided form Smwès; Semoy, Sesbach in German, Setzbaach in Luxemburgish of Arlon; and known as the Semoy in France) is a river flowing from the Ardennes uplands of Belgium and France towards the River Meuse, of which it is a right tributary.

The source of the Semois is in Arlon, in the Belgian province of Luxembourg, close to the border with the Grand Duchy of Luxembourg. Flowing in a roughly westerly direction, it enters France after passing through the Belgian village of Bohan-sur-Semois and joins the Meuse some 10 kilometres (6 mi) further downstream in Monthermé. The total length of the river is 210 kilometres (130 mi).

Other places on the banks of the Semois are Chiny, Florenville, Herbeumont, Bouillon (including the localities of Dohan and Poupehan), and Vresse-sur-Semois (all in Belgium).

The earliest documentation of the name, as SESMARA, is dated from the 2nd century AD. That was before that region was influenced by significant Germanic immigration. Medieval forms include Sesomirs (664), Sesmarus (950), Sesmoys (1104), and Semoir (1244).

The river has given its name to a variety of tobacco grown in the area. 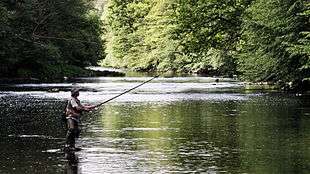