Sports Illustrated is an American sports media franchise owned by Time Inc. Its self-titled magazine has over 3 million subscribers and is read by 23 million people each week, including over 18 million men.[3] It was the first magazine with circulation over one million to win the National Magazine Award for General Excellence twice. Its swimsuit issue, which has been published since 1964, is now an annual publishing event that generates its own television shows, videos and calendars.

There were two magazines named Sports Illustrated before the current magazine began on August 16, 1954.[4] In 1936, Stuart Scheftel created Sports Illustrated with a target market for the sportsman. He published the magazine from 1936–1938 on a monthly basis. The magazine was a life magazine size and focused on golf, tennis, and skiing with articles on the major sports. He then sold the name to Dell Publications, which released Sports Illustrated in 1949 and this version lasted 6 issues before closing. Dell's version focused on major sports (baseball, basketball, boxing) and competed on magazine racks against Sport and other monthly sports magazines. During the 1940s these magazines were monthly and they did not cover the current events because of the production schedules. There was no large-base general weekly sports magazine with a national following on actual active events. It was then that Time patriarch Henry Luce began considering whether his company should attempt to fill that gap. At the time, many believed sports was beneath the attention of serious journalism and did not think sports news could fill a weekly magazine, especially during the winter. A number of advisers to Luce, including Life magazine's Ernest Havemann, tried to kill the idea, but Luce, who was not a sports fan, decided the time was right.[5]

The goal of the new magazine was to be basically a magazine, but with sports. Many at Time-Life scoffed at Luce's idea; in his Pulitzer Prize–winning biography, Luce and His Empire, W. A. Swanberg wrote that the company's intellectuals dubbed the proposed magazine "Muscle", "Jockstrap", and "Sweat Socks". Launched on August 16, 1954, it was not profitable (and would not be so for 12 years)[6] and not particularly well run at first, but Luce's timing was good. The popularity of spectator sports in the United States was about to explode, and that popularity came to be driven largely by three things: Economic prosperity, television, and Sports Illustrated.[7] 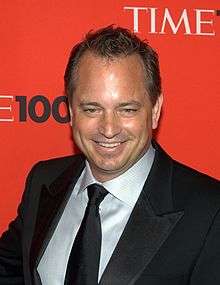 Mark Ford, President of the Sports Illustrated Group in 2010

The Logo of Sports Illustrated Magazine

The early issues of the magazine seemed caught between two opposing views of its audience. Much of the subject matter was directed at upper class activities such as yachting, polo and safaris, but upscale would-be advertisers were unconvinced that sports fans were a significant part of their market.[8]

After more than a decade of steady losses, the magazine's fortunes finally turned around in the 1960s when Andre Laguerre became its managing editor. A European correspondent for Time, Inc., who later became chief of the Time-Life news bureaus in Paris and London (for a time he ran both simultaneously), Laguerre attracted Henry Luce's attention in 1956 with his singular coverage of the Winter Olympic Games in Cortina d'Ampezzo, Italy, which became the core of SI's coverage of those games. In May 1956, Luce brought Laguerre to New York to become assistant managing editor of the magazine. He was named managing editor in 1960, and he more than doubled the circulation by instituting a system of departmental editors, redesigning the internal format,[9] and inaugurating the unprecedented use in a news magazine of full-color photographic coverage of the week's sports events. He was also one of the first to sense the rise of national interest in professional football.[10]

Laguerre also instituted the innovative concept of one long story at the end of every issue, which he called the "bonus piece". These well-written, in-depth articles helped to distinguish Sports Illustrated from other sports publications, and helped launch the careers of such legendary writers as Frank Deford, who in March 2010 wrote of Laguerre, "He smoked cigars and drank Scotch and made the sun move across the heavens ... His genius as an editor was that he made you want to please him, but he wanted you to do that by writing in your own distinct way."[11]

Laguerre is also credited with the conception and creation of the annual Swimsuit Issue, which quickly became, and remains, the most popular issue each year.

From its start, Sports Illustrated introduced a number of innovations that are generally taken for granted today:

The magazine's photographers also made their mark with innovations like putting cameras in the goal at a hockey game and behind a glass backboard at a basketball game. In 1965, offset printing began to allow the color pages of the magazine to be printed overnight, not only producing crisper and brighter images, but also finally enabling the editors to merge the best color with the latest news. By 1967, the magazine was printing 200 pages of "fast color" a year; in 1983, SI became the first American full-color newsweekly. An intense rivalry developed between photographers, particularly Walter Iooss and Neil Leifer, to get a decisive cover shot that would be on newsstands and in mailboxes only a few days later.[12]

In the late 1980s and early 1990s, during Gil Rogin's term as Managing Editor, the feature stories of Frank Deford became the magazine's anchor. "Bonus pieces" on Pete Rozelle, Woody Hayes, Bear Bryant, Howard Cosell and others became some of the most quoted sources about these figures, and Deford established a reputation as one of the best writers of the time.[13]

Inside the NFL, MLB, NHL, NBA, College Football, College Basketball, NASCAR, Golf, Boxing, Horse Racing, Soccer and Tennis (sports vary from issue to issue) has the writers from each sport to address the latest news and rumors in their respective fields.

Faces in the Crowd: honors talented amateur athletes and their accomplishments.

The Point After: A back-page column featuring a rotation of SI writers as well as other contributors. Content varies from compelling stories to challenging opinion, focusing on both the world of sports and the role sports play in society.

Creative freedom that the staff had enjoyed seemed to diminish. By the 1980s and 1990s, the magazine had become more profitable than ever, but many also believed it had become more predictable. Mark Mulvoy was the first top editor whose background contained nothing but sports; he had grown up as one of the magazine's readers, but he had no interest in fiction, movies, hobbies or history. Mulvoy's top writer Rick Reilly had also been raised on SI and followed in the footsteps of many of the great writers that he grew up admiring, but many felt that the magazine as a whole came to reflect Mulvoy's complete lack of sophistication. Mulvoy also hired the current creative director Christopher Hercik. Critics said that it rarely broke (or even featured) stories on the major controversies in sports (drugs, violence, commercialism) any more, and that it focused on major sports and celebrities to the exclusion of other topics.[14]

The proliferation of "commemorative issues" and subscription incentives seemed to some like an exchange of journalistic integrity for commercial opportunism. More importantly, perhaps, many feel that 24-hour-a-day cable sports television networks and sports news web sites have forever diminished the role a weekly publication can play in today's world, and that it is unlikely any magazine will ever again achieve the level of prominence that SI once had.[15]

Sportsman of the Year

Main article: Sportsman of the Year

Since its inception in 1954, Sports Illustrated magazine has annually presented the Sportsman of the Year award to "the athlete or team whose performance that year most embodies the spirit of sportsmanship and achievement." Roger Bannister won the first ever Sportsman of the year award thanks to his record breaking time of 3:59.4 for a mile (the first ever time a mile had been run under four minutes).

Mike Krzyzewski & Pat Summitt were named co-sportsmen of the year for 2011 for their work as NCAA basketball coaches. Drew Brees was the sportsman of the year for 2010 after leading the New Orleans Saints to their first ever Super Bowl win. Derek Jeter was Sports Illustrated's Sportsman of the Year in 2009. Jeter led the New York Yankees to their 27th World Series Title in 2009 while batting .334 in the regular season and taking home the 2009 Silver Slugger and Gold Glove for American League shortstops.

Sportsman of the Century

The following list contains the athletes with most covers.[20]

The magazine's cover is the basis of a sports myth known as the Sports Illustrated Cover Jinx.

Fathers and sons who have been featured on the cover

Presidents who have been featured on the cover

Sports Illustrated has helped launched a number of related publishing ventures, including: