Sri Lanka Law College was established as the Ceylon Law College under the Council of Legal Education (itself established in 1873) in 1874 in order to impart a formal legal education to those who wished to be lawyers in Ceylon.[1] The institute is situated at Hulftsdorp Street in Colombo. The Main Building of the College, an impressive pieces of architecture, was constructed in the year 1911. This magnificent building remains a thriving focal point of the Law College.[2]

In order to practice law in Sri Lanka a lawyer must be admitted and enrolled as an Attorney-at-Law of the Supreme Court of Sri Lanka. To receive Admission to the bar a law student must complete law exams held by the Sri Lanka Law College.

The course of study for law students at Sri Lanka Law College does not grant any degree or certification but at completion of studies, examination and a period of apprenticeship qualify for admission to the profession. Graduates holding LLB degrees from University of Colombo, the Open University of Sri Lanka or any other university will be required to complete several examinations and the period of apprenticeship to become an Attorney-at-Law by receiving Admission to the bar.

The Law College carries out several post attorney courses including an LLM from the University of Wales and post attorney diploma's in intellectual property law and international trade law.

Since the late 1980s admission has been from a very competitive entrance exam due to the high number of applicants. However young Members of Parliament without higher educational qualifications receive direct admission without setting for the entrance exam. 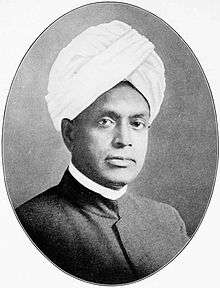 The LAW STUDENT'S UNION was founded in 1894 as the CEYLON LAW STUDENT'S UNION.The first president of the Union was SIR PONNAMBALAM RAMANATHAN ,KC, CMG .The first meeting was held on June 13, 1894. With the implementation of the new Rules in 1937 a student was elected as president of the L.S.U, rather than the previous practice where an experienced lawyer was appointed to that post. In 1970 , the Rules were further amended to give the student community greater control over their own affairs.Since that time another amendment was made to Rules creating the posts of Social and Welfare Secretary and that of Editorial Assistant.However , this amendment has not been put down in writing, and has been carried out by convention . In 1991, the UNION amended it's Rules further to create the posts of Education Secretary and Assistant Education Secretary in order to protect and safeguard the educational necessities of the student community.The Rules were also translated into Sinhala by the LAW STUDENTS'D UNION OF 1989 and 1991.In 1995 the Rules were amended which resulted in the name of the UNION changed to read as THE LAW STUDENT'S UNION OF SRI LANKA.This amendment also created the law students sports fund.

Sri Lanka Law College, which was established in 1874, is one of the oldest and leading professional educational institution of Sri Lanka and operating within it is the The Law Students' Sinhala Union which can be introduced as one of the leading student unions with a history of dedicated service to law students for the past 73 years.

The law student Sinhala Union was established in 1943, in the wake of a renaissance against colonialism, when people irrespective of their race or religion joining hands together in the struggle for independence. Thus it was this Union that spearheaded the law students' contribution to this movement. The Law Students' Sinhala Union which was hence established was formalised and re-structured as a organised Student Union by Dr. C. Ananda Greru.

Thus the Law Students' Sinhala Unions' inception as a conduce to facilitate the Law Student contribution to the Independence Struggle then, move forward to the future, having achieved many victories, earning much praise and respect while facing many obstacles and challenges on Law Students' path, as the platform to helps Law Students' hone their hidden professional and aesthetic skills, thereby to become a proficient, sensitive, just and humane Attorney at Law.