An advertisement for the October 12, 1938, Texaco Star Theatre.

Texaco Star Theatre is an American comedy-variety show, broadcast on radio from 1938 to 1949 and telecast from 1948 to 1956. It was one of the first successful examples of American television broadcasting, remembered as the show that gave Milton Berle the nickname "Mr. Television".

The classic 1940–44 version of the program, hosted by radio's Fred Allen, was followed by a radio series on ABC (the former NBC Blue) in the spring of 1948. When Texaco (now Chevron Corporation) first took it to television on NBC on June 8, 1948, the show had a huge cultural impact.

The roots of Texaco Star Theatre were in a 1930s radio hit, Ed Wynn, the Fire Chief, featuring the manic "Perfect Fool" in a half-hour of vaudevillian routines interspersed with music. Wynn's ratings began to slide and the comedian lapsed amidst personal and professional crises, and the show ended in June 1935. Texaco sponsored The Jumbo Fire Chief Program in 1935–36 and The Fire Chief Concert in 1936.

Comedian Eddie Cantor was the star of a show called "Texaco Town" from 1936 to 1938. The show's cast featured young singers Bobby Breen and Deanna Durbin, announcer Jimmy Wallington, who read the commercials for Fire Chief gasoline, Harry Park, and bandleader Jacques Renard. The show was a combination of comedy and music. Cantor frequently sang a tune about the "mayor of Texaco Town". 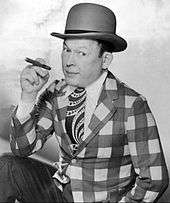 Photo of Fred Allen for the show's premiere, 1940.

Allen's previous sponsor, Bristol-Myers' Ipana toothpaste and Sal Hepatica laxative, decided to cease their tandem sponsorship of Allen's successful hour, first known as Town Hall Tonight and then, for its final season, The Fred Allen Show. He presided over Texaco Star Theatre from 1940 to 1942 as an hour-long show on Wednesday and then Sunday nights, to 1942–1944 as a half-hour show, until Allen withdrew from work for over a year on his doctor's advice. It was during the half-hour version of the show that the more cerebral (if barbed) Allen premiered the continuing comic sketch for which many remember him best: the ensemble, topical takeoffs of "Allen's Alley."

Though some believe the title Texaco Star Theatre was retired temporarily, in favor of Texaco Time, after Allen scaled the show back to a half-hour, the show retained the Texaco Star Theatre title officially, the confusion likely stemming from the announcers' first words of introduction: "It's Texaco time starring Fred Allen." They customarily continued the introduction, as the opening music continued, by referring to Texaco Star Theatre. Jimmy Wallington became the show's announcer for most of its life with Allen as the feature (he succeeded George Burns and Gracie Allen sidekick Harry Von Zell), though for a brief spell during its second season the announcer was budding radio personality and future television legend Arthur Godfrey.

On television, continuing a practice long established in radio, Texaco included its brand name in the show title. When the television version launched on June 8, 1948, Texaco also made sure its employees were featured prominently throughout the hour, usually appearing as smiling "guardian angels" performing good deeds of one or another kind, and a quartet of Texaco singers opened each week's show with the following theme song: 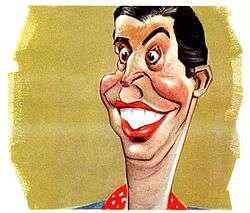 "Oh, we're the men of Texaco We work from Maine to Mexico There's nothing like this Texaco of ours! Our show is very powerful We'll wow you with an hour full Of howls from a shower full of stars. We're the merry Texaco men Tonight we may be showmen Tomorrow we'll be servicing your cars! I wipe the pipe I pump the gas I rub the hub I scrub the glass I touch the clutch I mop the top I poke the choke I sell the pop I clear the gear I bop the knock I jack the back I set the clock So join the ranks of those who know And fill your tanks with Texaco

The curtain is descending and We thank you for attending But before we reach the ending may we add: Remember to be loyal To our gasoline and oil When they save you time and toil you'll be glad Now the clock is striking nine off But just before we sign off

Man Remember every Tuesday on television, the Texaco Star Theatre. Every Saturday on radio, the Metropolitan Opera, presented by your Texaco dealer.

Closing Announce The best friend your car has ever had!

They didn't settle on Berle—who hosted a freshly revived radio version in spring 1948—as the permanent host right away; he hosted the first television Texaco Star Theater in June 1948 but was originally part of a rotation of hosts (Berle himself had only a four-week contract). Comedian Jack Carter was host for August. Berle was named the permanent host that fall.

He was a smash once the new full season began, Texaco Star Theater hitting ratings as high as 80 and owning Tuesday night for NBC from 8–9 p.m. ET. And, as the show landed a pair of Emmy Awards in that first year (the show itself, for Best Kinescope Show; and, Berle as Most Outstanding Kinescoped Personality), Uncle Miltie (he first called himself by that name ad-libbing at the end of a 1949 broadcast) joked, preened, pratfell, danced, costumed, and clowned his way to stardom, with Americans discovering television as a technological marvel and entertainment medium seeming to bring the country to a dead stop every Tuesday night, just to see what the madcap Berle might pull next.

As phenomenally popular as Texaco Star Theater was, it was hardly an undisturbed appeal. "Berle presented himself as one part buffoon and one part consummate, professional entertainer—a kind of veteran of the Borscht Belt trenches," the Museum of Broadcast Communications would observe decades after the show left the air. "Yet even within his shows' sanctioned exhibitionism, some of Berle's behavior could cross the line from affability to effrontery. At its worst, the underlying tone of the Berle programs can appear to be one of contempt should the audience not respond approvingly. In some cases, this led to a surprising degree of self-consciousness about TV itself—Texaco's original commercial spokesman, Sid Stone, would sometimes hawk his products until driven from the stage by a cop. But the uneven balance of excess and decorum proved wildly successful."

Based on episodes that appear on the Internet Archive, it appears the series typically ran 48-50 minutes excluding commercials.

Texaco dropped its sponsorship of the show and Buick became the new sponsor in 1953, prompting the show's name change to The Buick-Berle Show. Two years later, it became, simply, The Milton Berle Show, its title until its run ended at last in June 1956. By then, Berle and his audience had probably burned out on each other, and Buick had even dropped sponsorship of the show at the beginning of the 1955–1956 season (opting to sponsor Jackie Gleason's half-hour filmed edition of The Honeymooners), after ratings fell dramatically during the 1954–1955 as well (the higher ratings of his 1955–56 competition, The Phil Silvers Show on CBS, didn't help Berle, either);[1] though Berle would remain one of the nation's beloved entertainers, overall, the show that made him a superstar was clearly spent for steam and fresh ideas, and two subsequent attempts at television comebacks hosting his own show lasted barely a year each. (Berle did, however, contribute his part to the making of a rock and roll legend: in his final season, he opened his stage to Elvis Presley amid the beginning of his international popularity.)

Part of the problem was variety shows becoming costlier to produce, compared to the Texaco days when, among other factors, name guest stars didn't mind the low appearance fees they got for appearing, because they could bank the exposure they got from even one appearance on the Berle show; or, with Fred Allen and Ed Wynn in its earlier radio incarnations.

But part of the problem was Berle himself: with competition crowding him more and more as the years went on, as more television performers and creators found their camera legs, and brought new or at least more polished ideas to the air, Berle tried refining his camera persona and evolving from the freewheeling, manic style he cultivated so successfully in the Texaco years. The net result: the balance between excess and decorum now weighted more toward decorum, which wasn't exactly what Berle represented at the height of his popularity. He began losing many of his former fans, who preferred when he kept things more unpredictable, and it would be years before his kind of manic balance would find a television home again.

NOTE: The most frequent time slot for the series is in bold text.

Note: Each U.S. network television season starts in late September and ends in late May, which coincides with the completion of May sweeps.

In the 1954–1955 season, the half-hour Texaco Star Theater offered in alternation The Jimmy Durante Show and The Donald O'Connor Show on the NBC Saturday evening schedule.

As a Top 30 program, Texaco Star Theater has an average rating of 47.3.

As Ed Wynn's hit, the show became bankable, but as Fred Allen's radio hit, Texaco Star Theater was one of the most cleverly cerebral comedy-variety shows of its time. When it moved to television with Milton Berle, it proved a groundbreaker for two decades' worth of television variety programming and, in the cantankerous Berle, gave the medium the first star it could call its own. The television version of Texaco Star Theater allowed him the full spread of his visual and verbal talent, uniting them toward a height he couldn't have achieved even in his legendary vaudeville and silent-screen days.

As often happens those it inspired soon out-performed it, and Berle—once television's biggest single star—also became, as the Museum of Broadcast Communications phrased it, "the first TV personality to suffer from over-exposure and burnout." But for being there at the birth, and cutting the umbilical cord with such immediate and memorable effect, weaning a country from radio as its primary home entertainment medium, Texaco Star Theater earned its legend.