The News & Observer is a regional daily newspaper that serves the greater Triangle area based In Raleigh. The paper is the second largest in the state after The Charlotte Observer. The paper has also been awarded three Pulitzer Prizes; the most recent of which was in 1996 for a series on the health and environmental impact of North Carolina's booming hogging industry. The paper was also one of the first in the world to launch an online version of the publication Nando.net in 1994.

The publisher is Orage Quarles, who was named the nation's outstanding publisher by Editor and Publisher magazine in 2002. In 2007, John Drescher was named executive editor, succeeding Melanie Sill.

The News & Observer traces its roots to The Sentinel Raleigh's first newspaper, which was founded by the Rev. William E. Pell in 1865 to help expose the corruption of state politics during the reconstruction era. The paper struggled to stay relevant and make money leading to a new owner to take over the paper in 1868. With the new owner The Sentinel began to cover the Democrats push to retake the North Carolina Legislature; along with the impeachment of Gov. William W. Holden in 1871. 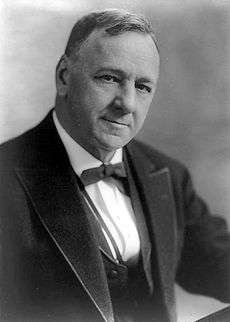 Josephus Daniels, the principal shaper of The News & Observer

The Sentinel went bankrupt a little over ten years after the paper was first founded. The owners of the newly founded Raleigh Observer Peter M. Hale and William L. Saunders bought the now bankrupt paper ending its publication and focusing on the Raleigh Observer. After about ten years the paper ran out of money so the two owners sold to the owner of the Raleigh News, Samuel A. Ashe.

Ashe combined the two papers under the new banner The News & Observer in September 1880 making it the sole daily paper in Raleigh. Asher ran the company personally until 1894 focusing on politics and the democratic party. Ashe used connections within the democratic party to get an upper leg on upcoming stories. This model worked well for the paper until Ashe lost favor in the democratic caucus leading the paper to fall on hard financial times for the fourth time in its history.

In 1894 the paper was yet again sold at auction, this time to a Washington D.C native who was a strong Democrat supporter. Josephus Daniels with help from Julian S. Carr and other friends bought the paper. Quickly Daniels refocused the News and Observer to combat political interest, rampant corruption, and other problems he saw with in the state. In 1900 he used the paper to support Soon to be Governor Charles B. Aycock during his bid for the office. He also used the paper to advocate Women suffrage, workers compensation, state industrialization, better roads and, crop rotation.

Daniels continue to run the paper until his death in the mid 1940s. After his death his four sons assumed management of the company. All four of his sons contributed with operation of the paper but Jonathan Daniels, editor from 1933 to 1941 and from 1948 until 1964, who kept the paper in the direction of appealing for school desegregation and a reduction in race related discrimination. It was also under Jonathan's leadership that The News and Observer bought out the Raleigh Times and, and moved to a building on South McDowell in downtown Raleigh where they stayed until the building was sold in 2015.

On September 3, 1934, The News and Observer began a column about politics called "Under the Dome", which started on the back page, moved to the front and now runs in the local section.[3]

In 1968, the Daniels family hired Claude Sitton, who had been a correspondent for The New York Times and later an editor there. Serving as the editorial director of the paper, he promoted The News & Observer as a government watchdog and moved the news of the paper away from the personal and partisan stances it had taken under Josephus Daniels. However, its editorials were still often aligned with the Democratic Party. Triangle conservatives often call the paper "the Nuisance and Disturber." A year later, the Mini Page children's supplement was created and published. Today, it is one of the nation's most widely used children's newspaper supplements.

In 1971, Sitton became the editor and the paper began buying and publishing smaller local newspapers, starting with The Island Packet in Hilton Head, South Carolina, and The Cary News in Cary, North Carolina.

On March 16, 1980, a welder's torch started a fire and burned through all the newsprint threaded through the press, injuring three and causing millions in damage.

Throughout the early 1990s, The News & Observer divested itself of various local newspapers in South Carolina and the North Carolina mountains, and by September 1993, Sunday sales of The News & Observer reached 200,000 for every week. However, the newspaper still owns The Cary News, Chapel Hill News, and the Smithfield Herald among other newspapers. In 1994, the paper created Nando.net, becoming an Internet service provider and began publishing the NandO Times online newspaper.

In 1999, The News & Observer was named one of the nation's 100 best newspapers by the Columbia Journalism Review, and one of the 17 best-designed newspapers in the world by the Society for News Design.

With McClatchy's acquisition of most of Knight Ridder's properties in 2006, the state's two largest papers—the N&O and the Charlotte Observer—are now under common ownership.

In September 2008, the News and Observer offered buyouts to all 320 newsroom employees, approximately 40% of its staff, in an effort to cut expenses. Previously the company had shut down its Durham news bureau and in a separate event laid off 70 employees.[4] Layoffs and buyouts have continued since then.

In 2015 the newspaper announced it would sell its facility in downtown Raleigh for redevelopment, which will entail demolition of much of the facility. New presses will be installed at the newspaper's auxiliary production facility in Garner. Editorial offices will remain in a portion of the redeveloped facility.[5]

In the Winter of 1995 The News & Observer released a nine part series on the booming pork industry in North Carolina. The series covered environmental and health risk of the waste disposal systems used within the pork industry in the state. The award was presented to the paper for the work done by Melanie Sill, Pat Stith and, Joby Warrick.[6]

Michael Skube was awarded for his writing about books and other literary topics.[7]

Claude Sitton was awarded for his distinguished commentary.[8]

On May 17, 1995 the News & Observer Publishing Company was sold to McClatchy Newspapers of Sacramento, California for $373 Million ending 101 years of Daniels family ownership. In the mid-1991s Flexo Machines were installed allowing the paper to print thirty-two pages in color which was the largest capacity of any newspaper within the United States at the time. The McClatchy Co. Currently operates a total of twenty-nine daily newspapers in fourteen states with a combined weekday circulation of 1.6 million and a Sunday circulation of 2.4 million.

The Durham News was first published in 2005 and covers all of Durham County.

The Garner-Cleveland Record Distributed to homes in Garner and Cleveland.