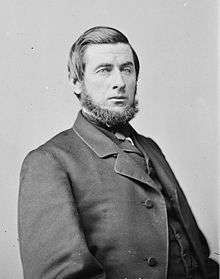 Thomas Lilbourne Anderson (December 8, 1808 – March 6, 1885) was a practicing lawyer who served in the United States House of Representatives from Missouri.

He was born in Bowling Green, Kentucky, and was admitted to the Kentucky bar in 1828. He began the practice of law in Franklin, Kentucky, later moving to Palmyra, Missouri, in 1830. He was elected to the Missouri House of Representatives in 1840, and remained a member of that body through 1844. He also served as a member of the Missouri Constitutional Convention of 1845.