The United Keetoowah Band of Cherokee Indians in Oklahoma (ᎠᏂᎩᏚᏩᎩ ᎠᏂᏣᎳᎩ or Anigiduwagi Anitsalagi, abbreviated United Keetoowah Band or UKB) is a federally recognized tribe of Cherokee Indians headquartered in Tahlequah, Oklahoma. According to the UKB website, its members are mostly descendants of "Old Settlers" or "Western Cherokee," the Cherokee who migrated to present-day Arkansas and Oklahoma about 1817. Some reports estimate that Old Settlers began migrating west by 1800. This was before the forced relocation of Cherokee from the Southeast in the late 1830s under the Indian Removal Act. Although politically the UKB is not associated with the Trail of Tears, many of the membership have direct ancestors that completed the harrowing journey in 1838/1839.

Many UKB members are traditionalists and Baptists.

Today the UKB has over 14,300 members, with 13,300 living within the state of Oklahoma. Joe Bunch is the current Chief, attaining the position following the impeachment of former Chief Georg Wickliffe.[2]

The tribal complex is located in Tahlequah, Oklahoma. 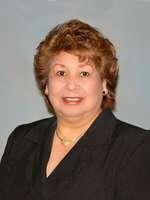 The tribe owns and operates Keetoowah Construction in Tahlequah, and the Keetoowah Cherokee Treatment Center in Tulsa, Oklahoma.[1] They have an arts and crafts gallery, showcasing members' work. They run the Keetoowah Cherokee Casino, with over 500 gaming machines, in Tahlequah.[4] The UKB issue their own tribal vehicle tags. Their estimated annual economic impact is $267 million.[1] They host an annual homecoming festival over the first weekend of October.[5]

The word Keetoowah (Kituwa) is the name of an ancient Cherokee mother town and earthwork mound in the eastern homeland of the Cherokee. Kituwah also is considered to be the original name of the Cherokee people.[6] The original land claims of the UKB include all or parts of Alabama, the Carolinas, Georgia, Kentucky, Tennessee, Virginia, and West Virginia. Following the western movement of the Cherokee, UKB traditional territories include the above mentioned states with the addition of Arkansas, Illinois, Kansas, Missouri, Oklahoma, and Texas.

According to the UKB website, its members are composed primarily of descendants of the "Old Settlers," Cherokee who settled in present-day Arkansas and Oklahoma around 1817. They were well established before most of the Cherokee were forcibly relocated by the United States government from the Southeast to Indian Territory in what became known as the 1838 Trail of Tears.[6]

By the 1880s all Cherokee people faced increased pressure by the US government for assimilation. During the late 19th and early 20th centuries, Cherokee and other Native American children were sent to Indian boarding schools away from home for their education: they were expected to speak only English, were generally prohibited from speaking their own languages, and were expected to adopt Christianity rather than practice native spirituality. The US federal government unilaterally closed and seized Cherokee and other Native American governmental and public institutions through the 1898 Curtis Act, the Dawes Act and the 1906 Five Civilized Tribes Act. Under this legislation, they broke up communal tribal holdings and allotted plots of land to individual households, intended to be used for the European-American model of subsistence farming.[7]

The Dawes Commission was tasked to forced assimilation and break up tribal governments by instilling the concept of land ownership among individual members of the Five Civilized Tribes. The commission divided large sections of land into individual household allotments in an effort to eliminate the traditional governments of the Cherokee, which at that time were based on a communal form of government with the lands being controlled by the tribal government. The US government appointed certain Cherokee chiefs to administer tribal lands and holdings. 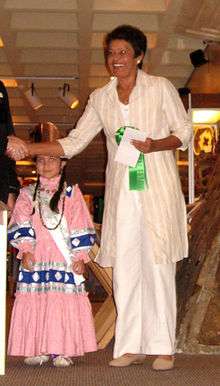 Under the Curtis Act of 1898, the government of the Cherokee Nation was dissolved in 1906, in spite of the resistance of many of its members. The only remnant left was the office of the Principal Chief, held by William Charles Rogers. He had been deposed in 1905 by the National Council for cooperating in the tribe's dissolution. He was replaced with Frank J. Boudinot (who was also the leader of the Keetoowah Nighthawk Society). The next year, the US government re-appointed Rogers and directed him to manage land sales. He held office until 1914, after which the US government did not appoint a chief and the position was dormant.[8]

The administration of President Franklin D. Roosevelt worked to strengthen Native American tribes by allowing them to reconstitute their traditional governments. Congress passed the Indian Reorganization Act (1934). The state legislature passed the Oklahoma Indian Welfare Act (OIWA, 1936); both were considered part of the Indian New Deal to support tribes' reorganizing their governments. Cherokee people began to organize on their own terms. In the meantime, the President of the United States officially appointed Principal Chiefs for the Cherokee.

The UKB ratified their constitution and by-laws on October 3, 1950.[9] The tribe was federally recognized in 1950 under the Oklahoma Indian Welfare Act. Early elected leaders of the UKB were Levi Gritts, followed by John Hitcher and the Reverend Jim Pickup, who served in the post-World War II era.[10]

Conflict with the Cherokee Nation

The Wilma Mankiller and Chad "Corntassel" Smith administrations have had many conflicts with UKB leadership. Smith was a member of the UKB, but due to these issues, the tribe revoked his membership in 2005.

Beginning in the 1970s, the UKB made some people honorary associate members, to recognize their services to the nation. Such memberships did not entitle the persons to voting or any other tribal rights, and had nothing to do with claims of Cherokee ancestry. The tribe ended this practice in 1994. While some such recipients were given a tribal enrollment card with a number, they were never considered official members of the tribe, and did not receive tribal benefits. They no longer appear on official tribal rolls. Ward Churchill, a former Professor of Ethnic Studies at the University of Colorado, is an honorary associate member in the UKB.[12] Former President Bill Clinton is a notable associate member. 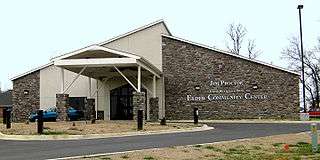 In the late 20th century, several tribes began to develop gaming facilities on their own sovereign or trust lands, which was proved legal under certain laws, and in consultation with affected states. Such enterprises have raised revenues often used for development and welfare.

The State of Oklahoma has sued the UKB in federal court for operating illegal gaming facilities off Bureau of Indian Affairs-approved tribal trust lands. According to briefs submitted by the Cherokee Nation, the UKB own no tribal lands in federal trust. The lawsuit is pending in the federal courts in Oklahoma. It has been remanded to the National Indian Gaming Commission for review.[13]

During the State of Oklahoma lawsuit pertaining to the UKB's alleged illegal casino operations, an Indian casino that has been operating for approximately 19 years, the UKB was accused of attempting to sue the Cherokee Nation.[14] The Cherokee Nation said the UKB had sued to demand cession of tribal land allotments to them in order to build casinos. These lawsuits were dismissed.

In June 2004, the UKB requested that the BIA take into trust land which it owned on a fee basis, a 76-acre (31 ha) Community Services Parcel. The case has been studied and the request was originally denied, but the UKB appealed. In May 2011, the BIA finally announced its decision to take into trust for the UKB 76 acres (31 ha) of land in Tahlequah, which include several of its community centers and the sacred dance ground. The tribe will no longer be landless.[16]