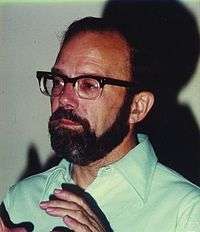 Born in San Francisco, Vic Klee earned his B.A. degree in 1945 with high honors from Pomona College, majoring in mathematics and chemistry. He did his graduate studies, including a thesis on Convex Sets in Linear Spaces, and received his PhD in mathematics from the University of Virginia in 1949. After teaching for several years at the University of Virginia, he moved in 1953 to the University of Washington in Seattle, Washington, where he was a faculty member for 54 years.[1] Klee wrote more than 240 research papers. He proposed Klee's measure problem and the art gallery theorem. Kleetopes are also named after him, as is the Klee–Minty cube,[2] which shows that the simplex algorithm for linear programming does not work in polynomial time in the worst–case scenario.