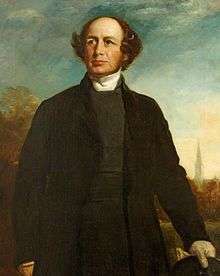 Walter Kerr Hamilton was the Anglican Bishop of Salisbury from 27 March 1854 to 1 August 1869.

He was born in 1808, educated at Eton College, tutored by Thomas Arnold, and then attended Christ Church, University of Oxford, where he took a first class degree in Greats. He was elected to a Fellowship at Merton College in 1832. He was made deacon in 1833 and ordained priest in December of the same year. He was a curate at Wolvercote and at the parish of S. Peter-in-the-East in Oxford. He became vicar of that parish in 1837 where he remained until 1841. He subsequently became a canon-resident of Salisbury and then bishop of said Diocese in 1854.

His private papers are currently in the possession of the Archives of Pusey House, Oxford.