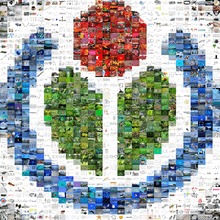 Wikimedia Commons (or simply Commons) is an online repository of free-use images, sound, and other media files.[2] It is a project of the Wikimedia Foundation.

Files from Wikimedia Commons can be used across all Wikimedia projects[3] in all languages, including Wikipedia, Wikibooks, Wikivoyage, Wikispecies, Wikisource, and Wikinews, or downloaded for offsite use. The repository contains over 35 million media files.[4] In July 2013, the number of edits on Commons reached 100,000,000.[5]

The project was proposed by Erik Möller in March 2004[6] and launched on September 7, 2004.[7][8] A key motivation behind the setup of a central repository was the desire to reduce duplication of effort across the Wikimedia projects and languages, as the same file had to be uploaded to many different wikis separately before Commons was created.

The aim of Wikimedia Commons is to provide a media file repository "that makes available public domain and freely-licensed educational media content to all, and that acts as a common repository for the various projects of the Wikimedia Foundation." The expression "educational" is to be understood according to its broad meaning of "providing knowledge; instructional or informative".[9]

Most Wikimedia projects still allow local uploads which are not visible to other projects or languages, but this option is meant to be used primarily for material (such as fair use content) which local project policies allow, but which would not be permitted according to the copyright policy of Commons. Wikimedia Commons itself does not allow fair use or uploads under non-free licenses, including licenses which restrict commercial use of materials or disallow derivative works. For this reason, Wikimedia Commons always hosts freely licensed media and deletes copyright violations. Licenses that are acceptable include the GNU Free Documentation License, Creative Commons Attribution and Attribution/ShareAlike licenses,[10] other free content and free software licenses, and the public domain.

The default language for Commons is English, but registered users can customize their interface to use any other available user interface translations. Many content pages, in particular policy pages and portals, have also been translated into various languages. Files on Wikimedia Commons are categorized using MediaWiki's category system. In addition, they are often collected on individual topical gallery pages. While the project was originally proposed to also contain free text files, these continue to be hosted on a sister project, Wikisource.

The site has been criticized for hosting large amounts of amateur pornography, often uploaded by exhibitionists who exploit the site for personal gratification, and who are enabled by sympathetic administrators.[11] In 2012, BuzzFeed described Wikimedia Commons as "littered with dicks".[12]

In 2010, Wikipedia co-founder Larry Sanger reported Wikimedia Commons to the FBI for hosting sexualized images of children known as "lolicon". After this was reported in the media, Jimmy Wales, founder of the Wikimedia Foundation which hosts Commons, used his administrator status to delete several images without discussion from the Commons community. Wales responded to the backlash from the Commons community by voluntarily relinquishing some site privileges, including the ability to delete files.[13]

Over time, additional functionality has been developed to interface Wikimedia Commons with the other Wikimedia projects. Daniel Kinzler wrote applications for finding appropriate categories for uploaded files ("CommonSense"), determining the usage of files across the Wikimedia projects ("CheckUsage"), locating images with missing copyright information ("UntaggedImages"), and relaying information about administrative actions such as deletions to the relevant wikis ("CommonsTicker").

Specialized uploading tools and scripts such as "Commonist" have been created to simplify the process of uploading large numbers of files. In order to review free content photos uploaded to Flickr, users can participate in a defunct collaborative external review process ("FlickrLickr"), which has resulted in more than 10,000 uploads to Commons.[14]

The site has three mechanisms for recognizing quality works. One is known as "Featured pictures", where works are nominated and other community members vote to accept or reject the nomination. This process began in November 2004. Another process known as "Quality images" began in June 2006, and has a simpler nomination process comparable to "Featured pictures". "Quality images" only accepts works created by Wikimedia users, whereas "Featured pictures" additionally accepts nominations of works by third parties such as NASA. A third image assessment project, known as "Valued images", began on June 1, 2008 with the purpose of recognising "the most valued illustration of its kind", in contrast to the other two processes which assess images mainly on technical quality.

The three mentioned processes select a slight part (less than 0.1%) from the total number of files. However, Commons collects files of all quality levels, from the most professional level across simple documental and amateur files up to files of very poor quality. Generally, Commons is not a competition but a collection; a quality of the description and organization of files and their descriptive and informational benefits are often more relevant than technical or artistic perfection of the files. Files with specific defects can be tagged for improvement and warning or even proposed for deletion but there exists no process of systematic rating of all files.

The site held its inaugural "Picture of the Year" competition, for 2006. All images that were made a Featured picture during 2006 were eligible, and voted on by eligible Wikimedia users during two rounds of voting. The winning picture was a picture of the Aurora Borealis over snowlands, taken by an airman from the U.S. Air Force. The competition has become an annual event. 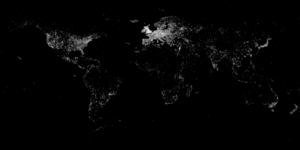 As of January 2015, there are well over 5.2M geolocated images in Wikimedia Commons. Mapping these shows significant variance in image numbers over the globe. 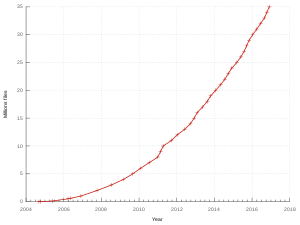