eMalahleni (meaning "place of coal"), formely called Witbank, is a city situated on the Highveld of Mpumalanga, South Africa, within the eMalahleni Local Municipality.[2][3][4] The name Witbank is Afrikaans for White Ridge and is named after a white sandstone outcrop where wagon transport drivers rested. The city is known for the coal-mining in the surrounding region.

Witbank was established in 1890 and early attempts to exploit the coal deposits failed until the railway from Pretoria reached the area in 1894. It was proclaimed a town in 1903 and became a municipality in 1914. Despite attempts by governing bodies to establish the use of the name, eMalahleni, for the city as well as for the district, locals still tend to call the city by its original name. Similarly to the anglicised pronunciation of Johannesburg, English-speaking residents pronounce the name as “wit•bank” and not as “vit•bunk” as in the original Afrikaans pronunciation, nor as “vit•bank” as English-speaking visitors are prone to say.

There are many stories about the city and its origination but the top story would be the arrival of Winston Churchill at the nearby Transvaal and Delagoa Bay Colliery during his escape from Boer imprisonment in Pretoria, on his way to Delagoa Bay (later Lourenço Marques, and then Maputo, in Mozambique). Some local residents, loyal to the Crown, assisted him in hiding and making the final leg of his escape, thus gaining Witbank the consequent credit once the details of these events could be made known. The town has grown since then from a farming community into a business destination where companies such as Anglo American, BHP Billiton, Evraz, Eskom, Exxaro, Joy, Komatsu, the Renova Group, SAB Miller, SAMANCOR, Shanduka Beverages, TMISSP and Xstrata amongst many others have found substantial returns on their investments.

On 3 March 2006,[5] Witbank was officially renamed eMalahleni, meaning "place of coal"[6] matching the name of the municipality that contains it. A large number of signs to the town have already changed, but many still remain. Some landmarks bearing the name Witbank have remained, while others (such as the Witbank/eMalahleni dam) have been renamed. 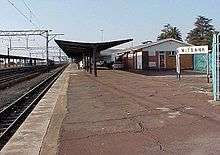 Witbank is located along the railway line linking Pretoria to Maputo and for many years served as the transport gateway to the Mozambiquean port. In recent years, this line has been under frequent threat of collapse due to underground coal fires in disused mines in the area.

Two national highways, the N4 from Pretoria and the N12 from Johannesburg, converge at Witbank and then continue to Komatipoort, on the border of Mozambique. Together, these routes form the Maputo Corridor, a strategically important alternative to the South African ports of Richards Bay and Durban on the Indian Ocean shores of the country.

Witbank is in a coal mining area with more than 22 collieries in the municipal radius. There are a number of power stations (such as the Duvha Power Station), as well as a steel mill (Evraz Highveld Steel and Vanadium Limited) nearby which all require coal. The farm land surrounding Witbank is fast being bought by investors, coal mining companies and real estate developers to accommodate the rapid growth of the city which is good for local businesses and residents.

Among the white population, Witbank (like the rest of Mpumalanga), is mainly Afrikaans speaking. The Black population speak mostly Zulu, the Coloureds speak Afrikaans and Asians mostly English. According to the 2001 census the largest languages in Witbank were as followed: Afrikaans (48.8%), Zulu (23.1%), English (11.7%), Northern Sotho (5.2%) and Swazi (3.0%).

To the west of the city, two large communities, Vosman and Kwa-Guqa (“the Place of Kneeling” in Zulu), and two smaller communities, Ackerville and Schoongesicht, are home to approximately 440,000 (in 2005) residents, predominantly black. While many of these residents aspire to relocate to the more spacious suburbs around the city center, generally this has only been affordable to a few thousand, due to the prices of the suburban real estate. A community on the northwest side of the city has been established at Pine Ridge, consisting predominantly of Indian residents. Pressure to develop the city’s suburbs has been exacerbated by the gradual de-population of the surrounding colliery villages as well as the continued development of new coal-fired power stations in the area.

As Witbank is en route to travellers from the Gauteng province to the Kruger National Park, attempts have been made to capture some of the potential tourist spend. Apart from a few hotels, there are many guest houses. These vary from the utilitarian to the luxurious, and also cater for many of the business travellers visiting Witbank as well as those travelling to Nelspruit, Swaziland and Mozambique. A casino complex is accessible within a few hundred meters from the N4 highway, providing two hotels, cinemas, ten-pin bowling and restaurants as well as the traditional gambling facilities. The Highveld Mall is built immediately next to the casino and is a retail hub for locals as well as for many residents of towns in the vicinity.

The Witbank dam is reputed to be the largest municipal dam in South Africa. Once a thriving resort for camping, water-sports and animal viewing, the area has come under increasing criticism due to degradation of the facilities.