This article is about the year 1811. For the U.S. Federal Agent designation, see Special agent. For the poem by Anna Laetitia Barbauld, see Eighteen Hundred and Eleven. 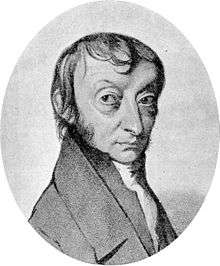 A picture of the Italian scientist Amedeo Avogadro, who on July 14, 1811, published his memoir about the molecular content of gases.