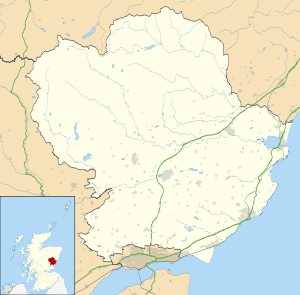 The 1975 Open Championship was the 104th Open Championship, played 9–13 July at Carnoustie Golf Links in Scotland. In his first Open, Tom Watson won an 18-hole playoff by one stroke over Jack Newton to win the first of his eight major titles,[3][4][5] which included five Open Championships.

After three days of calm weather, the wind kicked up during the final round on Saturday and scores went up. Bobby Cole, the leader at 54 holes after back-to-back rounds of 66, shot a four-over 76 and missed the playoff by a stroke. Watson managed an even-par 72, capped with a 20-foot (6 m) birdie putt on the 72nd hole to tie Newton, who shot 74 (+2).

The Sunday playoff was back-and-forth in the rain,[3] and included a chip-in eagle by Watson at the 14th hole, the short par-5 named "Spectacles." Newton had chipped to within inches and tapped in for birdie. The two were tied at the 18th tee, the par-4 "Home" with the meandering Barry Burn.[4] Watson was on the 90th green in two with about 25 feet (8 m) for birdie, but Newton's approach ended in the front left bunker. Newton's lengthy sand shot ran 10 feet (3 m) past the hole. After Watson had safely two-putted for par, Newton's putt to save par and extend the match missed left and Watson won the title.[4][6][7]

Lengths of the course for previous Opens (since 1937):