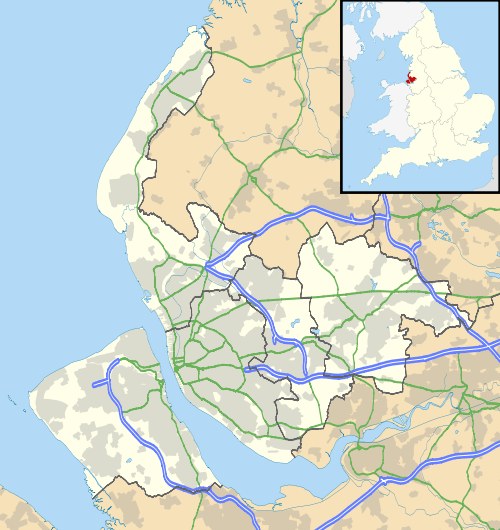 Rory McIlroy won his first Open Championship, two strokes ahead of runners-up Rickie Fowler and Sergio García, and became only the 6th player to win the tournament going wire-to-wire after 72 holes (being the sole leader after each round). It was McIlroy's third major title, having won the 2011 U.S. Open and 2012 PGA Championship; he became the first European to win three different majors and joined Jack Nicklaus and Tiger Woods as one of only three golfers since the first Masters Tournament started in 1934 to win three majors by the age of 25.[2]

The 2014 event was the 12th Open Championship played at Royal Liverpool Golf Club.[3] The most recent was in 2006, with Tiger Woods winning his second consecutive Open Championship title, holding off Chris DiMarco with a two-shot victory. The first open at the venue was in 1897, won by amateur Harold Hilton by a stroke ahead of James Braid.

Each player is classified according to the first category in which he qualified, but other categories are shown in parentheses.[9][10]

14. First 5 PGA Tour members and any PGA Tour members tying for 5th place, not exempt in the top 20 of the PGA Tour FedEx Cup points list for 2014 on completion of the 2014 Travelers Championship Kevin Na, Brendon Todd

16. First and anyone tying for 1st place on the Order of Merit of the Asian Tour for 2013 Kiradech Aphibarnrat

17. First and anyone tying for 1st place on the Order of Merit of the PGA Tour of Australasia for 2013

18. First and anyone tying for 1st place on the Order of Merit of the Southern Africa PGA Sunshine Tour for 2013 Dawie van der Walt

20. First 2 and anyone tying for 2nd place, not exempt, on the Official Money List of the Japan Golf Tour for 2013 Kim Hyung-sung

25. The European Amateur Champion for 2013 Ashley Chesters (a)

Major changes were made to the qualification categories.[16] There is now an Open Qualifying Series (OQS) which consists of 10 events from the six major tours. This series largely replaces International Final Qualifying. Places are available to the leading players (not otherwise exempt) who finish in the top n and ties. In the event of ties, positions go to players highest according to that week's OWGR.

Unlike in previous years, the Final Qualifying events were played at four courses covering Scotland and the North-West, Central and South-coast regions of England and not at four courses near the Open Championship venue.

McKechnie and Singleton had earlier played in Regional Qualifying, at Bruntsfield Links and Mere, respectively.

Nationalities in the field

Rory McIlroy shot a bogey-free round of 66 (−6) to take a one-stroke lead over Matteo Manassero.[23] World number one Adam Scott, Sergio García, brothers Edoardo and Francesco Molinari, Shane Lowry, Brooks Koepka and Jim Furyk were another shot further back at 68 (−4).[24] Three-time champion Tiger Woods, playing in his first major championship of the year following back surgery, rebounded from bogeys on his first two holes to post a round of 69 (−3).[25]

In anticipation of an approaching severe storm with lightning Saturday afternoon, the R&A announced Friday that the third round would be played off both the 1st and 10th tees in threesomes. Normal play is from only the first tee in pairs. This was the first time that play went off both tees at The Open.[28]

Rickie Fowler, beginning the round six shots behind leader Rory McIlroy, recorded birdies on 7 of his first 12 holes to pull into a tie for the lead at 12-under. Still tied, Fowler made bogey on the 14th, while McIlroy made a 35-foot (11 m) putt for birdie and a two-shot swing which gave him the lead again. At the par-5 16th, Fowler made another bogey to drop into a tie for second with playing partner Sergio García.[29] McIlroy then eagled the hole to take a 5-shot lead after the three-shot swing with Fowler. All three players bogeyed the 17th. At the par-5 18th, García made par and Fowler made birdie, but McIlroy hit his approach to 6 feet (1.8 m) and made another eagle, pushing his lead to six shots after 54 holes. McIlroy was the only person to eagle the 16th and 18th holes in the third round. Going into the closing round, McIlroy was within three shots of both the Open scoring record to par and the record score to par for all major championships, both of which are −19. The severe storms expected never materialized, although heavy showers preceded and followed third round play.[30]

Sergio García applied pressure on the leader Rory McIlroy early, making birdie at three of the first five holes. McIlroy responded with a birdie at the 1st hole, while playing partner Rickie Fowler missed a number of early opportunities for birdie. McIlroy made bogey at both the 5th and the 6th to drop his lead to 3 shots, and came back with a birdie at the 9th. García made an eagle at the 10th, besting McIlroy and Fowler who both made birdie.[31] McIlroy made bogey at 13 to fall to −16 and his lead fell to two shots over García. However, García missed the green at the 15th in a greenside bunker and failed to escape the bunker on his first attempt. He made bogey and dropped into a tie with Fowler at −13.[32] All three players made birdie at 16, and McIlroy missed the green at the 17th. His chip shot rolled to within a foot from the cup, securing par. Fowler and García both made birdie at the 18th. McIlroy made par for a two-shot victory.[33] Jim Furyk finished fourth, as he did in 2006, also at Hoylake.[34]

The low round of the day and the championship was 65 (−7), recorded by four players in placid conditions on Sunday.[35]