This article is about the air-to-air missile. For the submarine-launched ballistic missile, see R-27 Zyb. For other uses, see R27.

The Vympel R-27 missile (NATO reporting name AA-10 Alamo) is a medium-to-long-range air-to-air missile developed by the Soviet Union. It remains in service with the Russian Air Force and air forces of the Commonwealth of Independent States.

R-27R and ER variants can be used in any meteorological conditions. Launch can made at less than 5 g overload and less 50 deg/s roll rate.[3] It is allowed to redesignate targets during flight, or sharing target illumination with other aircraft.

R-27T and ET variants can be used out of cloudiness, at least 15 degrees away from the bearing of sun, and 4 degrees away from the bearing of moon and ground based head-contrasting conditions. In cases of maximum head-on range launches where lock-command cannot be utilised, missile can be fired in PPS: In this mode, missile will fly straight until achieves target lock. As missile lacks capability of maneuvering before lock, aircraft itself must maneuver so that missile will be pointed to no more than 15 degrees bearing of the target for confident capture by the IR seeker after launch. Equalising altitude is recommended but not required.[4] On combat operations section of the Su-27 manual, this mode of usage is especially recommended for head-on usage for passive attacks at targets with 0 degrees approach angle (i.e. another fighter moving to intercept), leaving target unalerted to incoming missile.[5] Launch can be made at 0 to 7 g, but limited to 6 g if roll induced slip is more than 2x diameter of the ball.[3] 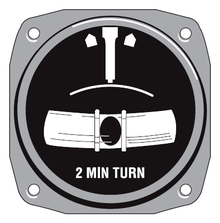 Although the size of the ball may be different here, the same idea of slip affecting launch performance applies.

In the 1999 Eritrean-Ethiopian War, Eritrean MiG-29s fought Ethiopian Su-27s both piloted by Russian mercenaries.[6] There were possibly as many as 24 R-27s fired by both sides. Only one R-27 fired by an Ethiopian Su-27 at an Eritrean MiG-29 proximity-fuzed near enough the MiG that the damaged aircraft eventually crashed on landing, giving the R-27 a hit ratio of only 4%.[7][8]

During the War in Donbass, the Ukrainian Air Force claimed that one of its Su-25 was shot down by a Russian Air Force MiG-29 using a R-27T on 16 July 2014.[9] Russian officials denied any involvement.[10] 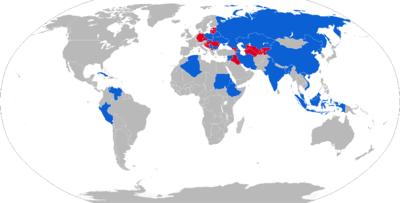