Archduke Maximilian Francis of Austria (8 December 1756 in Vienna – 26 July 1801 in Vienna) was Archbishop and Elector Spiritual of Cologne (and as such Chancellor of the Holy Roman Empire for Italy), Grand Master of the Teutonic Knights and the last child of the Habsburg ruler of Austria Maria Theresa and her husband, Francis I, Holy Roman Emperor. Not only his father, the ex-Duke of Lorraine, but also two of his brothers and one of his nephews were Holy Roman Emperors: Joseph II, Leopold II and, until his abdication in 1806 (see below), Francis II; and two of his sisters were Queen Consorts: Marie Antoinette of France and Maria Carolina of the Two Sicilies. He was the last fully functioning Elector of Cologne and was the employer and patron of the young Ludwig van Beethoven. 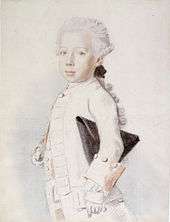 Maximilian Franz at the age of 6 in 1762 by Liotard

Maximilian Francis was born in the Hofburg Palace, Vienna. In 1780 he succeeded his uncle Prince Charles Alexander of Lorraine as Hochmeister (Grand Master) of the Teutonic Knights.

In 1784 he became Archbishop and Elector Spiritual of Cologne, living in the Electoral residence at Bonn. He remained in that office until his death in exile, in his capacity as Chancellor of the Holy Roman Empire for Italy and the Pope's deputy crowning as Emperor in Frankfurt-on-Main first his brother Leopold II in 1790, and in 1792 his nephew Francis II.

At the same time as he became Elector of Cologne, Maximilian Francis was elected to the related Bishopric of Münster and held court in Bonn, as the Archbishop-Electors of Cologne had been forced to do since the late Middle Ages. A keen patron of music, Maximilian Francis maintained a court musical establishment in which Beethoven's father was a tenor, thus playing an important role in the son's early career as a member of the same musical body of which his grandfather, also named Ludwig van Beethoven, had been Kapellmeister.

The court organist, Christian Gottlob Neefe, was Beethoven's early mentor and teacher. Recognising his young pupil's remarkable gift both as a performer and as a composer, Neefe brought Beethoven to the court, advising Maximilian Francis to appoint him as assistant organist. Maximilian Francis, too, recognised the extraordinary abilities of the young Beethoven. In 1787, he gave Beethoven leave to visit Vienna to become a pupil of Mozart, but the visit was cut short by news of the last illness of Beethoven's mother, and evidence is lacking for any contact with Mozart. In 1792, shortly after Mozart's death, Maximilian again sent Beethoven on full salary to Vienna to learn under Joseph Haydn, Antonio Salieri and others. The Elector maintained an interest in the young Beethoven's progress, and several reports from Haydn to Maximilian detailing it are extant. The prince anticipated that Beethoven would return to Bonn and continue working for him, but due to the subsequent political and military situation his subject never returned, choosing to pursue a career in Vienna. 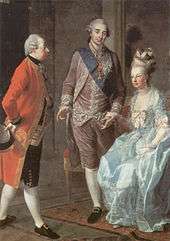 Maximilian Francis's rule over the Electorate met with disaster in 1794, when his domains were overrun by the troops of Revolutionary France. During the French Revolutionary Wars, Cologne and Bonn were both occupied by the French army in the second half of 1794. As the French approached, Maximilian Francis left Bonn, as it turned out never to return, and his territories on the left bank of the Rhine eventually passed to France under the terms of the Treaty of Lunéville (1801). The Archbishop's court ceased to exist. Although Maximilian Francis still retained his territories on the right bank of the Rhine, including Münster and the Duchy of Westphalia, the Elector, grotesquely corpulent and plagued by ill health, took up residence in Vienna after the loss of his capital and remained there until his death at the age of 45, at Hetzendorf Palace in 1801. The dismantling of the court made Beethoven’s relocation to Vienna permanent, and his stipend was terminated.

Beethoven planned to dedicate his First Symphony to his former patron, but the latter died before it was completed.

In the ecclesiastical climate of the late 18th century the three Electors Spiritual of the Holy Roman Empire (Mayence, Cologne and Treves), together with their colleague the Prince-Archbishop of Salzburg (the Mozarts' employer Hieronymus von Colloredo), were German thorns in the Pope's side. The electorates of Cologne and Treves were abolished, and that of Mayence split and transferred to Ratisbon (spiritual) and Frankfurt (temporal), by a law of the Holy Roman Empire of 1803.

In conspiracy theories, such as the one promoted in The Holy Blood and the Holy Grail, Maximilian Francis was alleged to be the 22nd Grand Master of the Priory of Sion.