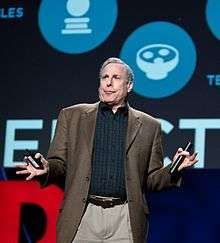 Bueno de Mesquita graduated from Stuyvesant High School in 1963, earned his BA degree from Queens College, New York in 1967 and then his MA and Ph.D. from the University of Michigan. He specializes in international relations, foreign policy, and nation building. He is one of the authors of the selectorate theory, and is also the director of New York University's Alexander Hamilton Center for Political Economy.

He has founded a company, Mesquita & Roundell,[1] that specializes in making political and foreign-policy forecasts. Bueno de Mesquita is discussed in an August 16, 2009 Sunday New York Times Magazine article entitled "Can Game Theory Predict When Iran Will Get the Bomb?'"[2] In December 2008 he was also the subject of a History Channel two-hour special entitled "The Next Nostradamus".