Brunel University London is a public research university located in Uxbridge, London, United Kingdom. Founded in 1966, it was named after the Victorian engineer Isambard Kingdom Brunel.

Brunel's campus is located on the outskirts of Uxbridge. It is organised into three colleges and three major research institutes, a structure adopted in August 2014 which also changed the university's name to Brunel University London. Brunel has over 12,900 students and 2,500 staff and had a total income of £200.7 million in 2014/15, of which 25% came from grants and research contracts.[3] 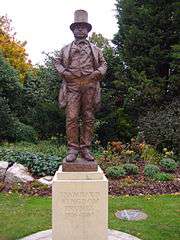 Statue of Isambard Kingdom Brunel at the university

Brunel is one of a number of British universities which were established in the 1960s following the Robbins Report on higher education. It is sometimes described as a "plate glass university". The university's origins lie in Acton Technical College, which was split into two in 1957 – Acton Technical College continued to cater for technicians and craftsmen, and the new Brunel College of Technology (named after Isambard Kingdom Brunel, the British engineer) was dedicated to the education of chartered engineers.

The campus buildings were designed in the Brutalist style of architecture by Richard Sheppard, Robson & Partners, Architects.

The Uxbridge (Vine Street) railway branch line was closed in 1964, and the college purchased the land adjacent to its site where the railway had run for £65,000 from the local council.[4]

The Royal Charter granting university status was awarded on 9 June 1966. The university continued to use both campuses until 1971 when it left the Acton site.

In 1980 the university merged with Shoreditch College of Education, located at Cooper's Hill, Runnymede. This became Brunel's second campus. In 1995 the university expanded again, integrating the West London Institute of Higher Education, and adding campuses in Osterley and Twickenham. This increased the number of courses that Brunel University was able to offer. Traditionally the university's strengths were in engineering, science, technology and social sciences but with the addition of the West London Institute, new departments such as arts, humanities, geography & earth science, health and sports science were added, and the size of the student body increased to over 12,000.

Brunel has been the subject of controversy as its approach to higher education has been both market-driven and politically conservative. The decision to award an honorary degree to Margaret Thatcher in 1996, following the University of Oxford's refusal to do so, provoked an outcry by staff and students, and as a result the ceremony had to be held in the House of Lords instead of on campus. In the late 1990s, the Departments of Physics, Chemistry, and Materials Engineering were all closed, and, in 2004, the then Vice-Chancellor Steven Schwartz, initiated the reorganisation of the university's faculties and departments into schools, and closed the Department of Geography and Earth Sciences. The succeeding Vice-Chancellor, the sociologist Christopher Jenks, took office in 2006.[5] and he was followed by Professor Julia Buckingham, previously at Imperial College London, who took up the position of Vice Chancellor at Brunel in October 2012. 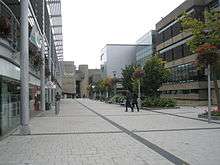 Part of the main Brunel campus

In the late 1990s Brunel devised a 10-year, £250 million Masterplan for the campus. This involved selling off campus sites at Runnymede, Osterley and Twickenham and using the revenue from the sales to renovate and update the buildings and facilities on the Uxbridge campus. Works carried out included a library extension, a state-of-the-art sports complex, renovated students' union facilities, a new Health Sciences teaching centre, and the construction of more halls of residence.

The Brunel campus (especially those buildings in the 1960s 'Brutalist' architectural style) has appeared in several films, most famously in Stanley Kubrick's A Clockwork Orange, large parts of which were filmed on campus. It has also featured in several UK television series including Spooks, Silent Witness,The Sweeney and Inspector Morse.[7]

Brunel exists by virtue of a royal charter first granted in 1966 and it has the status of an exempt charity as defined by the Charities Act 2006.[8]

The governing body of Brunel is the Council, which comprises university staff and students and independent members. The Council appoints the Vice-Chancellor and other senior officers. The Council has a number of Committees which support its work.

Brunel's academic governing body is the Senate, which is chaired by the Vice-Chancellor. The Senate has a number of Committees which support its work.

Research at Brunel has been organised into three institutes:

The Brunel Coat of Arms was granted to the University in 1966 and incorporates various images representative of the University's heritage and principles. For example, the masonry arch symbolises Isambard Kingdom Brunel, the compass and cogwheel symbolise technology, the ermine lozenge is an allusion to the Arms of Lord Halsbury, the first Chancellor of the University and the crest of the swan symbolises Uxbridge.[12] 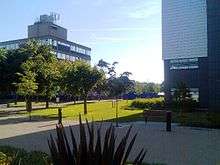 A view of the Brunel University campus in Uxbridge

Depending on the degree course followed, many undergraduate students may choose to undertake practical placements and projects as an integral part of their courses (a founding principle of the sandwich degree structure).

In the 2008 Research Assessment Exercise (RAE), 90% of Brunel research submitted was rated as being of international quality.[14] In the 2014 RAE Brunel was ranked 33rd for Research Power.[15]

Brunel's Department of Design holds a yearly design exhibition called Made In Brunel,[16] to promote and showcase the work of final year students to the design industry.[17] In past years it has been held at the Business Design Centre in Islington, and the Oxo Tower Wharf. From 2011 onwards the exhibition has been held at the Bargehouse, on the Southbank, London.

In the 2014/15 THES world university rankings, Brunel ranked 226-250 (shared), representing a sharp rise in rankings.[27] Brunel is ranked as the 93rd best university worldwide in the field of engineering and technology, 32nd among European institutions and 11th among British institutions according to THES world rankings.[28]

In August 2014, Brunel re-entered the Academic Ranking of World Universities (ARWU) Shanghai Jiao Tong Rankings after a four-year absence at number 409 globally, and 34 in the UK.[29]

The University won the Queen's Anniversary Prize in 2011.[31]

Brunel performed well in the annual rankings of UK universities produced by The Guardian and The Times, in part due to its strong performance in the Teaching Quality Assessment (where Brunel received a score of 20/24 or better for every subject assessed). The Guardian and The Times ceased using the TQA to compile their rankings (they use the National Student Survey results instead) and therefore Brunel had fallen in both rankings. However, the university regained its league position in 2012 partly due to improved student satisfaction and spending on students. As a result, it was ranked 39th in the Sunday Times University Guide. In the 2013 Guardian University Guide, the university's national ranking rose to 44th which was the highest climb of all universities.

Brunel has a gym, spa, and running track with professional training and medical facilities. There is a pharmacy, a shop, two bars, a nightclub called Academy, and a cafe. Other facilities include computer suites and recreational buildings for films.

Among other services, the Union runs three venues on the Brunel campus: the Academy nightclub, Loco's bar and Subway.[33]

Brunel has a student-run radio station called Radio Brunel. It recently relaunched as an internet only station.

Le Nurb is Brunel University's official student newspaper, previously a magazine called Route 66, named after the bus route which ran through Brunel's campus along Cleveland Road. The newspaper editorial team is made up of volunteer students and is funded by the Union of Brunel Students. Traditionally, the newspaper has held an exceptionally left-wing bias and has published interviews with prominent political figures including Shadow Chancellor John McDonnell, a Brunel alum and MP for Hayes and Harlington. In 2014 editorial team members launched a campaign to amend Union bye-laws and grant the newspaper greater autonomy in terms of what they could publish. A vote at a Union AGM went in favour of the newspaper, and a clause stating that the newspaper could not publish anything that "brings the Union into disrepute" was removed from the Union's bye-laws.

Brunel was one of the first UK universities to enter the Formula Student engineering competition, an annual event in which universities from around the world compete in static and dynamic events using formula style racing cars designed and manufactured by students.[34] Brunel's Formula Student teams have won prizes in the annual competition every year since they first entered in 1999. 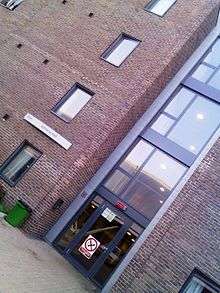 Brunel’s £250 million campus redevelopment programme, completed in 2008, refurbished existing halls and the built the new Isambard Complex. There are now 34 self-catering halls of residence on-campus, with a total of 4,549 rooms, including studio flats for co-habiting couples. Rooms are available for undergraduates, postgraduates, students with disabilities and co habiting couples. All rooms have network access.

Many of the halls of residence around the Uxbridge campus are named after bridges that Isambard Kingdom Brunel either built or helped to design; other halls are named either after him, or after other notable engineers or scientists. For example:

Media, entertainment and the arts 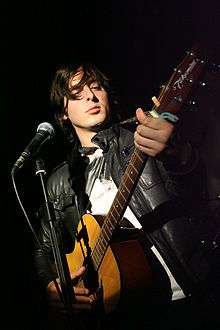 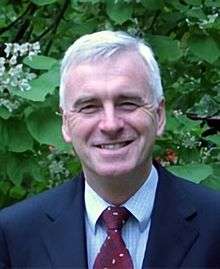 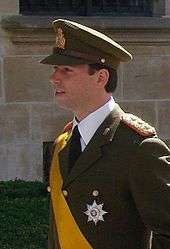 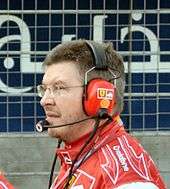