Crest of the Cathedral Constables 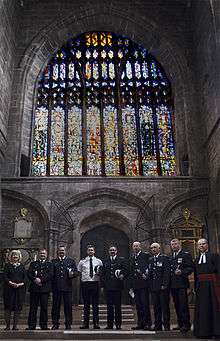 Cathedral constables are employed by a small number of Church of England cathedrals in England.[1] They have been appointed under common law for many centuries.

Cathedral constables have a long history and can trace their lineage back to the 13th Century. They have played an important, if little known, contribution in the development of policing in the United Kingdom.

Before the onset of professional policing something often overlooked is the close relationship which once existed between the church and the imposition of law and order. In the Middle Ages the parish was the smallest unit of local government in the country. Every parish was centred around the local church and after the Reformation was responsible for administering civil and religious government at a local level. Many parishes developed a Vestry - a small body of village officials, answerable only to the bishop and the local justices, and who were responsible for the ecclesiastical and secular well being of the parish they served.

Parish constables, sometimes referred to as petty constables, were attested by justices of the peace but accountable to the local churchwardens. Like parish constables, church wardens were locally appointed and oversaw the administration of the parish, good order during services, and the upkeep of the church fabric and property. Similarly, many cathedrals employed constables to keep watch and maintain law and order within the cathedral and its precincts; an area often known as the Close. These officers were appointed by, and answerable to, the cathedral Dean and Chapter.

Today constables are employed at Canterbury Cathedral, York Minster, Hereford Cathedral, Liverpool Cathedral, and Chester Cathedral. A small number of officers are attested and hold the office of constable within the cathedral's curtilage, although most remain un-sworn. Constables who are attested wear a royal blue and white Sillitoe tartan chequered cap band to distinguish them from their Home Office police colleagues. 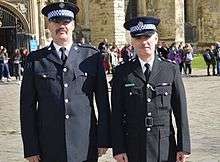 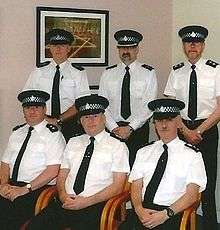 In order to preserve the history and traditions, and more importantly professionally develop the constabularies, the Cathedral Constables' Association was formed by senior officers; their motto 'In Deo Speramus,' simply means, 'In God we trust.' The association has published a short book 'Cathedral Bobbies,' of the history, traditions and work of cathedral's constables. 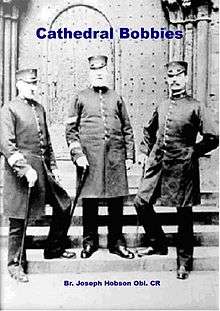 The Association, working with the national awarding body NCFE, has developed the level 3 Certificate in Cathedral Constable Attestation (CCCA). The award is aimed at serving officers who want to be considered for attestation. The CCCA is divided into seven units supporting knowledge and development in areas including conflict management, incident response, evidence and crime scene management, arrest and detention, offences against property, people, and public order, and PACE.

Additionally, the Association has become a registered centre with NCFE, allowing it to offer other qualifications accredited by the awarding body.