Constantin Carathéodory (Greek: Κωνσταντίνος Καραθεοδωρή Konstantinos Karatheodori; 13 September 1873 – 2 February 1950) was a Greek mathematician who spent most of his professional career in Germany. He made significant contributions to the theory of functions of a real variable, the calculus of variations, and measure theory. His work also includes important results in conformal representations and in the theory of boundary correspondence. In 1909, Carathéodory pioneered the Axiomatic Formulation of Thermodynamics along a purely geometrical approach. 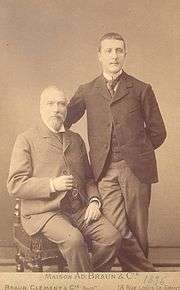 Constantin Caratheodory with his father.

Constantin Carathéodory was born in Berlin to Greek parents and grew up in Brussels. His father Stephanos, a lawyer, served as the Ottoman ambassador to Belgium, St. Petersburg and Berlin. His mother, Despina, née Petrokokkinos, was from the island of Chios. The Carathéodory family, originally from Bosnochori or Vyssa, was well established and respected in Constantinople, and its members held many important governmental positions.

Constantin began his formal schooling at a private school in Vanderstock in 1881. He left after two years and then spent time with his father on a visit to Berlin, and also spent the winters of 1883–84 and 1884–85 on the Italian Riviera. Back in Brussels in 1885 he attended a grammar school for a year where he first began to become interested in mathematics. In 1886 he entered the high school Athénée Royal d'Ixelles and studied there until his graduation in 1891. Twice during his time at this school Constantin won a prize as the best mathematics student in Belgium. 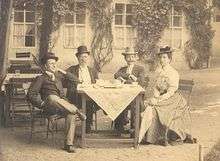 At this stage Carathéodory began training as a military engineer. He attended the École Militaire de Belgique from October 1891 to May 1895 and he also studied at the École d'Application from 1893 to 1896. In 1897 a war broke out between Ottoman Empire and Greece. This put Carathéodory in a difficult position since he sided with the Greeks, yet his father served the government of the Ottoman Empire. Since he was a trained engineer he was offered a job in the British colonial service. This job took him to Egypt where he worked on the construction of the Assiut dam until April 1900. During periods when construction work had to stop due to floods, he studied mathematics from some textbooks he had with him, such as Jordan's Cours d'Analyse and Salmon's text on the analytic geometry of conic sections. He also visited the Cheops pyramid and made measurements which he wrote up and published in 1901. He also published a book on Egypt in the same year which contained a wealth of information on the history and geography of the country.

Carathéodory studied engineering in Belgium at the Royal Military Academy, where he was considered a charismatic and brilliant student.

Academic contacts in Germany: Carathéodory's contacts in Germany were many and included such famous names as: Minkowski, Hilbert, Klein, Einstein, Schwarz, Fejér. During the difficult period of World War II his close associates at the Bavarian Academy of Sciences were Perron and Tietze.

Academic contacts in Greece: While in Germany Carathéodory retained numerous links with the Greek academic world about which detailed information may be found in Georgiadou's book. He was directly involved with the reorganization of Greek universities. An especially close friend and colleague in Athens was Nicolaos Kritikos who had attended his lectures at Gŏttingen, later going with him to Smyrna, then becoming professor at Athens Polytechnic. Kritikos and Carathéodory helped the Greek topologist Christos Papakyriakopoulos take a doctorate in topology at Athens University in 1943 under very difficult circumstances. While teaching in Athens University Carathéodory had as undergraduate student Evangelos Stamatis who subsequently achieved considerable distinction as a scholar of ancient Greek mathematical classics.[1] 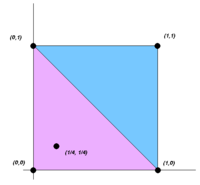 An illustration of Carathéodory's theorem (convex hull) for a square in R2. 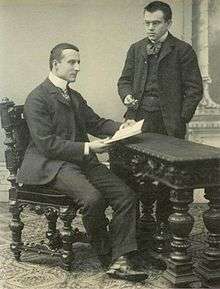 Calculus of Variations: In his doctoral dissertation Carathéodory originated his method based on the use of the Hamilton–Jacobi equation to construct a field of extremals. The ideas are closely related to light propagation in optics. The method became known as the royal road to the calculus of variations.[2] More recently the same idea has been taken into the theory of optimal control.[3] The method can also be extended to multiple integrals.

Real Analysis: He proved an existence theorem for the solution to ordinary differential equations under mild regularity conditions.

Thermodynamics: In 1909, Carathéodory published a pioneering work "Investigations on the Foundations of Thermodynamics"[5] in which he formulated the Laws of Thermodynamics axiomatically. It has been said that he was using only mechanical concepts and the theory of Pfaff's differential forms. But in reality he also relied heavily on the concept of an adiabatic process. The physical meaning of the term adiabatic rests on the concepts of heat and temperature. Thus, in Bailyn's survey of thermodynamics, Carathéodory's approach is called "mechanical", as distinct from "thermodynamic".[6] Carathéodory's "first axiomatically rigid foundation of thermodynamics" was acclaimed by Max Born[7] but criticized by Max Planck.[8]

In his theory he simplified the basic concepts, for instance heat is not an essential concept but a derived one. He formulated the axiomatic principle of irreversibility in thermodynamics stating that inaccessibility of states is related to the existence of entropy, where temperature is the integration function. The Second Law of Thermodynamics was expressed via the following axiom: "In the neighbourhood of any initial state, there are states which cannot be approached arbitrarily close through adiabatic changes of state." In this connexion he coined the term adiabatic accessibility.[9]

Optics: Carathéodory's work in optics is closely related to his method in the calculus of variations. In 1926[10] he gave a strict and general proof that no system of lenses and mirrors can avoid aberration, except for the trivial case of plane mirrors. In his later work he gave the theory of the Schmidt telescope.

Historical: During the Second World War Carathéodory edited two volumes of Euler's Complete Works dealing with the Calculus of Variations which were submitted for publication in 1946.[11]

A conjecture: He is credited with the authorship of the Carathéodory conjecture claiming that a closed convex surface admits at least two umbilic points. As of 2007, this conjecture remained unproven despite having attracted a large amount of research.

Photo of the Ionian University of Smyrna.

At the invitation of the Greek Prime Minister Eleftherios Venizelos he submitted a plan on 20 October 1919 for the creation of a new University at Smyrna in Asia Minor, to be named Ionian University of Smyrna. In 1920 Carathéodory was appointed Dean of the University and took a major part in establishing the institution, touring Europe to buy books and equipment. The university however never actually admitted students due to the War in Asia Minor which ended in the Great Fire of Smyrna. Carathéodory managed to save books from the library and was only rescued at the last moment by a journalist who took him by rowing boat to the battleship Naxos which was standing by. The present day University of the Aegean claims to be a continuation of Carathéodory's original plan.[12]

In 1924 Carathéodory was appointed professor of mathematics at the University of Munich, and held this position until retirement in 1938. He afterwards worked from the Bavarian Academy of Sciences until his death in 1950.

Carathéodory excelled at languages, much like many members of his family did. Greek and French were his first languages, and he mastered German with such perfection, that his writings composed in the German language are stylistic masterworks.[13] Carathéodory also spoke and wrote English, Italian, Turkish, and the ancient languages without any effort. Such an impressive linguistic arsenal enabled him to communicate and exchange ideas directly with other mathematicians during his numerous travels, and greatly extend his fields of knowledge.

Much more than that, Carathéodory was a treasured conversation partner for his fellow professors in the Munich Department of Philosophy. The well-respected, German philologist, professor of ancient languages Kurt von Fritz praised Carathéodory, saying that from him one could learn an endless amount about the old and new Greece, the old Greek language, and Hellenic mathematics. Fritz had numerous philosophical discussions with Carathéodory.

The Greek language was spoken exclusively in Carathéodory's house – his son Stephanos and daughter Despina went to a German high school, but they obtained daily additional instruction in Greek language and culture from a Greek priest. At home, they were not allowed to speak any other language. 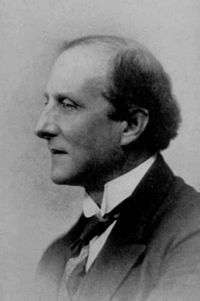 Constantin Caratheodory at a mature age.

In 2002, in recognition of his achievements, the University of Munich named one of the largest lecture rooms in the mathematical institute the Constantin-Carathéodory Lecture Hall. [14]

In the town of Nea Vyssa, where Caratheodory's family came from, there is the unique Caratheodory's family museum. The museum is located in the central square of the town nearby the church and there are many personal items of Constantin as well as letters that he had exchanged with A. Einstein, for more information visit the original website of the club http://www.s-karatheodoris.gr. On the other hand, the Greek authorities intended for a long time to create a museum honoring Karatheodoris in Komotini, a major town of the northeastern Greek region, which is more than 200 km far away for the town of Nea Vyssa where his family came from. On 21 March 2009, the museum "Karatheodoris" (Καραθεοδωρής) opened its gates to the public, in Komotini.[17][18][19]

The coordinator of the Museum, Athanasios Lipordezis (Αθανάσιος Λιπορδέζης), noted that the museum gave home to original manuscripts of the mathematician of about 10,000 pages including correspondence of Carathéodory with the German mathematician Arthur Rozenthal for the algebraization of measure. Also visitors can view at the showcases the books " Gesammelte Mathematische Schriften Band 1,2,3,4 ", "Mass und Ihre Algebraiserung", " Reelle Functionen Band 1", " Zahlen/Punktionen Funktionen " and many more. Handwritten letters of C.Carathéodory to Albert Einstein, Hellmuth Kneser and photographs of the Carathéodory family are on display.

The effort to furnish the museum with more exhibits is continuous.[20][21][22]