This article is about the garment used by monks and nuns. For other uses, see Cowl (disambiguation).

The cowl (from the Latin cuculla, meaning "a hood") is an item of clothing consisting of a long, hooded garment with wide sleeves. Originally it may have referred simply to the hooded portion of a cloak. In contemporary usage, however, it is distinguished from a cloak or cape (cappa) by the fact that it refers to an entire closed garment. Today it is worn primarily by most Catholic and Anglican monks when participating in liturgical services.

Developed during the early Middle Ages in Northern Europe, they became the formal garment for those in monastic life. Originally they were worn simply to give greater warmth than would an open cloak to people who regularly spent long hours in unheated and draughty churches.

The cowl is traditionally bestowed upon the monk at the time of making solemn, or lifetime, profession. Prior to their solemn vows, the monks still in training wear a hooded cloak. The cowl is generally worn in conformity with the color of the monk's tunic, with the Benedictines wearing black, and other groups which follow the Rule of St. Benedict, e.g., the Camaldolese and Cistercians, wearing differing shades of white. Though not Benedictines, the Carthusians make use of a cowl as well. The Camaldolese of Monte Corona, however, always wear a cloak instead of a cowl.

While not cowls in the monastic sense, the mendicant Orders have retained the use of a cappa (cape) as part of their habit. In their case, however, it is a regular part of their religious habit and worn by all members of the Order, both as street dress and in church. The Carmelites wear a white cape, although their tunic and scapular are brown, from which they were known in medieval England as the "Whitefriars". Dominicans wear a black cape over a white habit—hence, their ancient nickname of "Blackfriars". Both the cowl and the cape, though without a hood, are also worn by the nuns associated to each Order, in the same manner.[1] 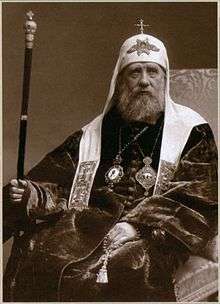 Among the Eastern Christians (Eastern Orthodox and Byzantine Catholics) the monastic hood developed into the koukoulion worn by monks of the Great Schema, the highest degree of monasticism in the Eastern Church. Currently the koukoulion is of two types: one is similar to the hood still worn by some Western monastic orders, the other takes the form of a stiff rounded hat (like a bowler hat without a rim) to which is attached an epanokamelavkion (veil with lappets). The koukoulion is usually embroidered with crosses and the Instruments of the Passion. The koukoulion is also worn by the Patriarchs of some of the autocephalous Orthodox churches.