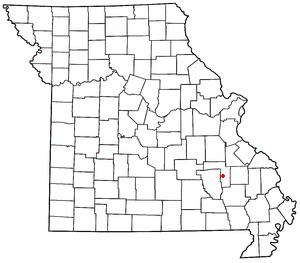 Glover is an unincorporated community in southern Iron County, Missouri, United States.[1] It is located on Route 49 about seven miles south of Ironton.

A post office called Glover was established in 1888, and remained in operation until 1991.[2] The community has the name of John Milton Glover, a state legislator.[3]

The lead smelter at Glover was operated by Doe Run Company and was a major local employer until operations were indefinitely suspended in 2003.[4]